And you thought your electricity bill was out of control?

How closely are you monitoring your wastewater discharge costs?

The media, with its focus on news for general public consumption, has been full of coverage of the growing cost of electricity.

As a consequence, the public in general, and managers in most industries in particular, are well aware of increases in the cost of electricity. Both have taken steps to reduce their power consumption and, in the case of managers, the impact on their bottom line.

But members of the general public do not pay directly for the cost of the pollutants discharged into their wastewater. Thus, the massive increase in the cost of discharging wastewater pollutants has not received any coverage in the media and has largely gone unnoticed.

Only the most diligent of managers will be aware of just how massively these costs have gone up and/or taken any action to mitigate the cost.

If we look at Sydney Water’s charges, the actual increases are materially very significant. As Sydney Water’s models are often used as the benchmark for other water authorities and councils throughout Australia, industry should take note and take action.

As an example, a typical food and beverage manufacturer discharging a couple of hundred thousand litres a day was just five years ago paying $0.72 per kilogram of BOD discharged. Today, that manufacturer is paying a whopping $2.19 for that same kilogram. 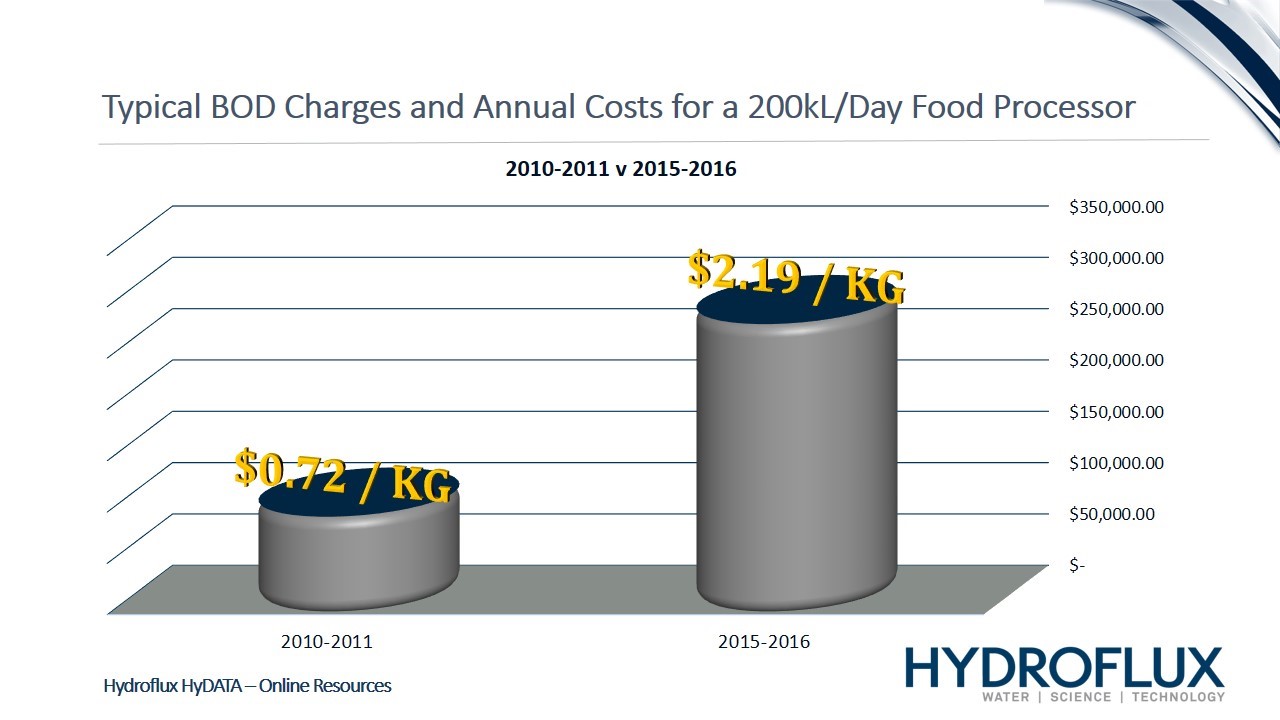 Given that many factories discharge five to 10 times this quantity, this makes the 35% increase in the cost of electricity over the same period look minuscule in comparison.

To make matters worse, this bill shock for pollutants is often masked in authority agreements by complex formulas setting rates based on milligrams per litre and then converting to kilograms discharged.

What can you do?

Most industries discharging these volumes of water will have, or should have, some form of wastewater treatment plant. These plants often do not run at their optimum and, like other complex process units, need a professional to review the operation on a regular basis.

Optimisation and/or minor upgrades can significantly reduce both the rate of milligrams per litre (thus dollars per kilogram) and the total number of kilograms discharged. Considerable savings can often be achieved with minimal expenditure.