Watson-Marlow Masosine MR and SPS series positive displacement pumps have been installed at Kinnerton, the chocolate and confectionery specialist. The first Masosine pump was introduced to replace a gear pump that was damaging product on an Easter egg production line, with a second model acquired recently to support a newly installed caramel production line. The company has now decided to standardise on Masosine pumps. 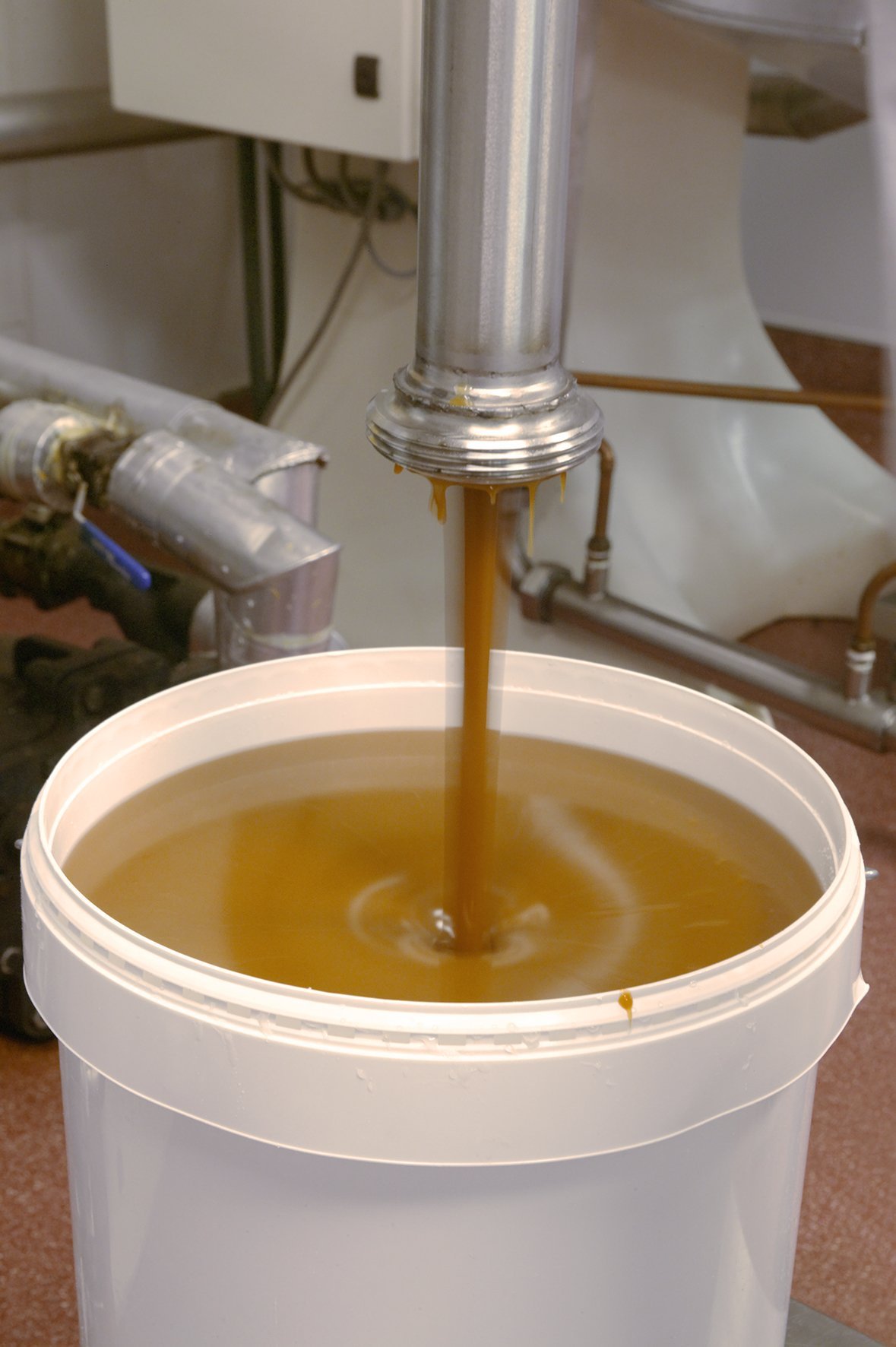 Established in 1978, Kinnerton today is part of Zetar Plc, and can boast a turnover of £60 million. The company produces confectionery ranging from Easter eggs and Advent calendars, through to chocolate bars and chocolate miniature figures, as well as chocolate lollipops. Around 600 employees help process over 7500 tonnes of chocolate to make 1200 different products every year.

In high-volume manufacture, production line uptime is vital to profitability and continuity of supply. However, a problem that arose in 2006 threatened to counter this ethos and it soon became apparent that a new solution was required.

“We had an inclusion mixer on one particular line that was supported by an ageing gear pump,” says the company’s engineering supervisor, Phil Barwick. “The line was set up to produce a new white chocolate Easter egg with dried raspberry mixed in. However, when the fruit first went through the mixer, it was squashed by the gear pump - in effect producing ‘pink’ chocolate Easter eggs.”

With Easter one of the company’s peak production periods, a quickfire solution was needed. Fortunately, a recent trade show attended by Kinnerton demonstrated the merits of Watson-Marlow Masosine positive displacement pumps and the company duly requested the trial of an MR125 model.

“It was immediately apparent that it ticked all of our boxes,” says Barwick. “Not only did it not damage the product - even subsequently introduced biscuit pieces were damage free - it was also exceptionally easy to maintain and clean.”

The MR series is a range of medium-duty sanitary pumps offering flow rates up to 91,000 litres per hour and pressures up to 10.3 bar. Typical applications include chocolate, cheese, curd, yoghurt, concentrates, yeast, batter and stews. 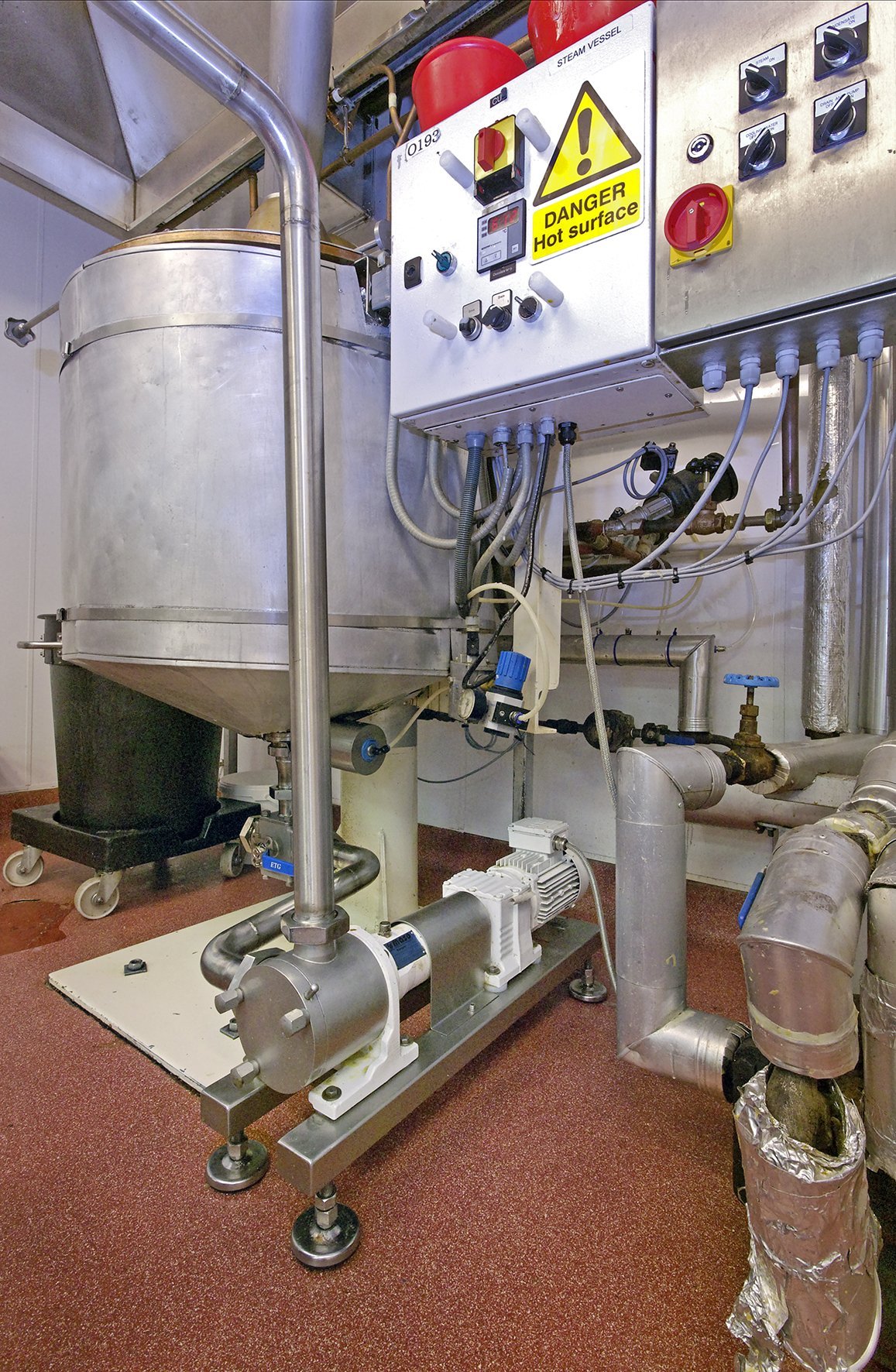 With the MR125 operating trouble free for the past four years, a more recent project was always likely to see a second Masosine pump introduced at the Fakenham site.

“We wanted to establish an in-house caramel production line. The one problem with caramel is that it’s very viscous when cool and can cause problems for certain pumps. However, we were confident that a Masosine pump would be up to the task,” says Barwick.

Watson-Marlow recommended a Masosine SPS 2 sanitary/industrial pump. With a capacity up to 4 m3 per hour and pressures up to 15 bar, the SPS is ideal for viscous applications such as caramel, gelatine and glucose, as well as industrial products such silicones, adhesives and polymers.

“We have three SPS 2 pumps on site, and not only do these handle the pumping requirements without a problem, they are incredibly easy to clean,” says Barwick. “Even after pumping glucose, a simple flush-through with water is all that is required.”

The focus on cleanliness is engrained in the manufacturing culture at Kinnerton, which in 1998 decided to create the world’s first nut segregated zone in a food factory that handles nuts. The company invested Â£1 million to introduce a segregated area containing five production lines that can offer chocolate products that are produced on machinery that never runs nut products. In the nine years since Kinnerton first segregated its production facilities, it has produced more than 250 million chocolate products based around its nut-segregated facilities and has never had a verified nut incident.

I am interested in Replacing gear pumps at chocolate factory .