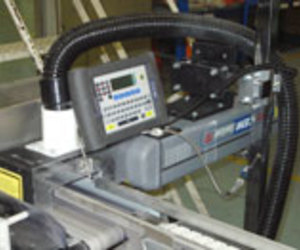 Today they own six of them - with another three on order.

The company prides itself on having a spotlessly clean production area. Being in the women's sanitary business - with brands such as Libra - hygiene and cleanliness are vital.

The company is strict on what materials enter the production area - and how often.

"We even limit moving pallets or materials from one room to another to stop any dust or foreign objects entering the production room," says SCA's process engineer, Ian Duguid.

SCA is running six Markem Smartlase coders from Unimark that give unlimited printing without ink.

Ian says the SCA business had 'pretty well identified' that if they had to buy new printers, it would be best to purchase laser printers.

"Lasers had been looked at in the past, but our understanding was that they were expensive," he says. That perception changed after the company met Unimark, which showed how the Smartlase would provide them with low cost and high performance laser coding. Laser printers pay for themselves through their low operating costs (no ink) and reliable performance.

When SCA crunched the numbers and calculated ink usage, production downtime, breakdown and servicing costs, the lasers ended up paying for themselves in less than five years.

The move to lasers has also increased the company's production speed.

"We are a 24-hour operation. With the inkjets there was a level of intervention required to stop the production process to replace inks," he explains.

Ian says the Smartlase units are "running well within our production ranges" and are busily coding boxes of sanitary products. The laser units are coding both inner cartons and secondary cartons.

"We have found them very reliable - requiring nowhere near the level of intervention that we had with the inkjets," he says. In fact, the six Smartlase coders haven't missed a beat. "We've never found a fault with the lasers."

ABB extends its IEC low-voltage switchgear portfolio with the launch of its NeoGear 4-pole and... 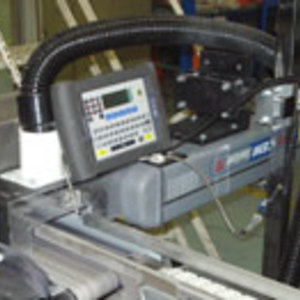