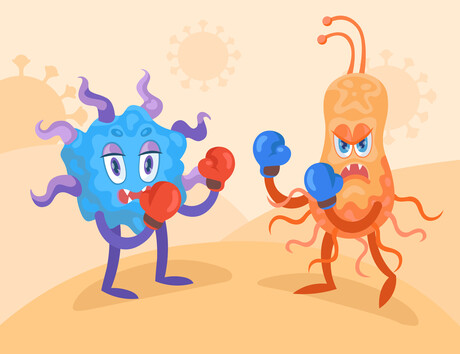 It might be possible to use good bacteria to fight against pathogens in the food processing environment, scientists say.

Harmful bacteria such as Escherichia coli O157:H7 and Salmonella enterica are able to form biofilms, whereby they form a thin film on a surface and enter into a sort of hibernation state thus allowing them to survive dormant. The bacteria can still make people sick in this state so it is necessary for scientists to develop ways of countering this bacterial biofilm as it can resist usual cleaning methods.

Luckily, though, competing bacteria that are forming a biofilm sometimes cause the death of their competitors. Research by scientists and collaborators in the United States Department of Agriculture’s (USDA), Agricultural Research Center (ARS) is being pursued as to how this competition can be used to destroy bacteria in combination with a suite of sanitising agents.

Ideally, cleaning methods could be combined with competing bacteria to reduce the chance of a pathogen forming a harmful biofilm.

More research needs to be performed on the interaction between different bacterial species and their environments, but scientists are hoping to use this knowledge to produce a higher quality of hygiene in food production.

Read more about it here.

Researchers have developed a method of printing and cooking food using blue lasers.

The methodology can be used to analyse the flavour profile of cocoa from any point in the supply...