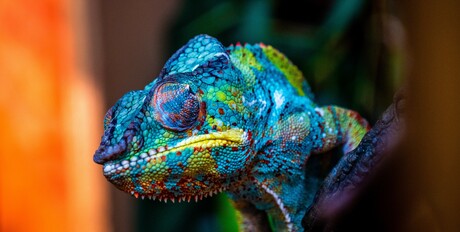 German and Chinese scientists have designed an artificial chameleon-like material that can detect seafood freshness.

The findings from a study published in the journal Cell Reports Physical Science show that the material can change colour in response to amine vapours released by microbes as fish spoils.

Wei Lu, a researcher at the Ningbo Institute of Materials Technology and Engineering at the Chinese Academy of Sciences, and colleagues developed a multi-luminogen layered hydrogen system from the inside out.

The researchers found they could make artificial colours, in the form of special fluorescent gel layers, which changed from red to blue or green when triggered by changes in temperature or pH levels.

The authors also noted that the emission colour of the blue and green fluorescent layers could be adjusted, enabling the material to display colours from nearly the full visible spectrum.

The research team realised the potential of being able to manipulate the artificial colours and began to expand the reach of the study.

Chen said that both the novel core-shell hydrogels and the diffusion-induced interfacial polymerisation strategy used to make them could also prove useful in a diverse range of scientific fields, including robotics.