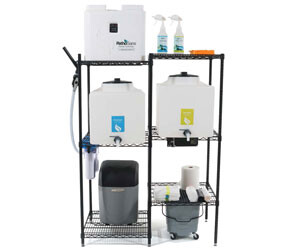 The PathoSans on-site generation system can ensure effective cleaning and disinfection without disruption. It allows users to produce as much cleaner and sanitiser as needed on demand, on their site.

The system uses exclusive electrochemical activation (ECA) technology to produce powerful cleaning and sanitising solutions that can replace toxic, traditional chemicals. It can be installed in a user’s facility and produces solutions on demand using just salt, water and electricity.

PathoClean is a ready-to-use, natural, all-purpose cleaner and degreaser composed of sodium hydroxide solution containing no bleach, phosphates, ammonia or petrochemicals. The eco-friendly solution can help to eliminate the chances of burns and allergic reactions.

PathoCide is the disinfectant produced by the generator, which has been tested by an independent GLP laboratory to inactivate the SARS-CoV-2 virus in 60 s on a pre-cleaned surface and in 10 min in a one-step process when produced by an on-site generator and used as directed. It is also effective against a wide range of bacteria and viruses, including Norovirus, which is generally recognised as one of the most difficult to kill.

The Mainca PR-360 attaches to a user's existing hydraulic filler and automatically portions...

Sensor Technology has launched a range of non-contact torque sensors based on a full four element...

I am interested in Pathosans on-site generation cleaning and disinfection system . 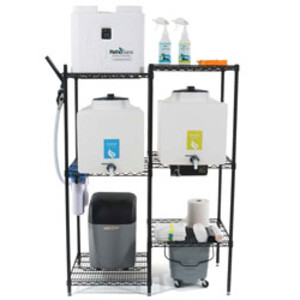 Hybrid working and the equality of experience

How quickly can we decarbonise building & construction and localise supply chains?

Enzyme may be a major driver of pre-eclampsia