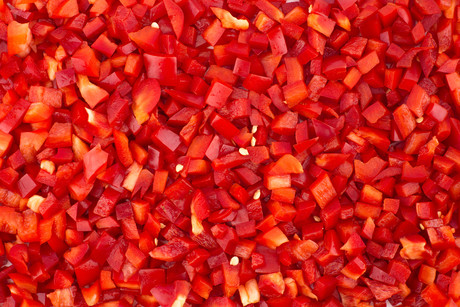 German-based company Erhardt produces organic condiments such as ajvar, harissa and horseradish. The company uses a KRONEN GS 10-2 belt cutting machine for processing a range of vegetables used in the condiments.

At its facilities in Urloffen, Germany, the company cultivates many of its ingredients such as eggplants, peppers, horseradish and pepperoni. Other organic vegetables are purchased from regional providers and are processed at Erhardt’s factory. The cultivation and processing of raw products, alongside the production of condiments, achieves high product quality through compliance to different standards and gentle processing of the ingredients. The company produces aromatic, hot and spicy pastes, dips and sauces, and is certified by Demeter and other inspection authorities.

The condiments produced by the company are made from recipes developed by owner Frank Erhardt, both as a spice base for further processing in large containers, and in small quantities for end consumers. Alongside ajvar and harissa, the product range includes mustard, pesto, dips and products based on horseradish. 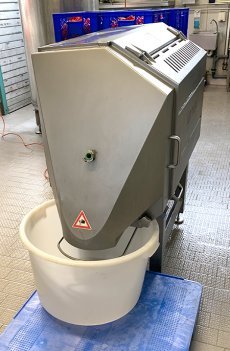 The company opted for a KRONEN GS 10-2 belt cutting machine to increase production efficiency, as the machine can help to save time in the production process. The machine is equipped with a block knife for 12 mm cubes or a double strip cutting disc, which can be used to process pepperoni, eggplant and peppers. A few months after installing the GS 10-2, Erhardt was able to increase its processing capacity, without sacrificing the quality of processing.

The increase in the company’s production capacity has led to growing exports of its products to Switzerland, France, Great Britain, Italy and Scandinavia.

Available from Control Logic is the BOBCAT extended range of managed switches by Hirschmann.