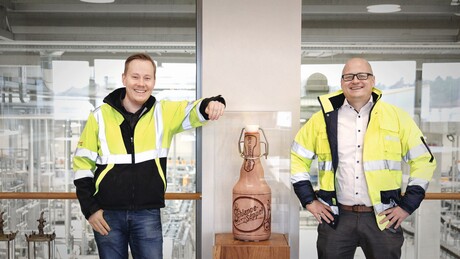 From historic town centre to fields of green: Bavarian brewery Eder & Heylands recently moved its bottling shop from the centre of Großostheim, near Aschaffenburg, to the outskirts of the little market town.

Eder & Heylands’ Filling Centre Project Manager, Maximilian Weber, said the brewery had bottled its products on a KHS system at its old brewery in the town centre for over 25 years. As the possibilities for expansion at the site in the town centre were limited, the craft brewer decided to relocate and modernise its bottling shop.

When choosing the new equipment for the new site, a high degree of automation was a priority for such tasks as program or recipe selection, automatic overnight heat-up of the bottle washers and adequate head section disinfection.

The brewer opted for two Innoclean SE bottle washing machines and two modern glass fillers at the new plant. With the Innofill Glass DRS-ZMS the Bavarian brewery can wash and fill up to 36,000 standardised pool bottles per hour, known as longneck (0.33 L) and NRW bottles (0.5 L), and on the Innofill Glass DPG up to 15,000 swing-top bottles every hour. 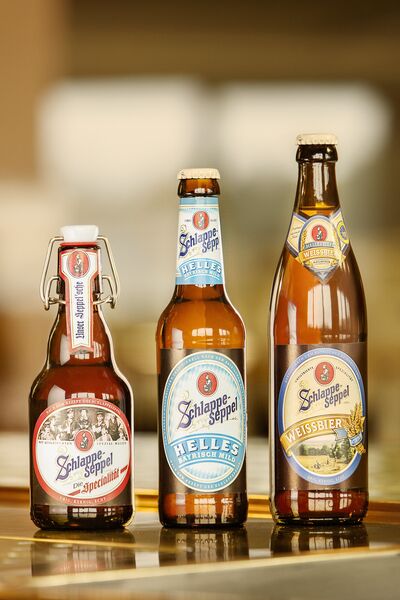 The Eder & Heylands range of beers.

Washing swing-top bottles often poses something of a challenge to breweries.

“After washing bottles with caustic, the swing top mustn’t fall onto the bottleneck as otherwise any caustic that might still be in the bottle can’t be emptied and rinsed out. If this were the case, the downstream inspection unit would then channel out any bottles containing residual caustic,” explained Stefan Knappmann, the KHS Area Sales Manager responsible for the project.

“If this happens too frequently, these bottles are no longer available for further production. If the detection unit doesn’t work properly, in the worst case, bottles containing caustic residue may be filled. This must be avoided at all costs so as to avoid any possible health risks to the consumer.”

The machinery manufacturer thus installed a bottle base spray to circumvent this problem. Here, a jet of water pushes the bottle deeper into the individual bottle washer pocket so that the swing top cannot slip in front of the neck. Furthermore, the bottle washer on the swing-top line can also process bottles without a swing top.

One of the features that enables the brewer to save on media, as requested, involves warm water being taken from the bottle washers for use in other areas such as crate washers. In addition, KHS installed a fresh water control unit and electricity-saving function for the sprays.

KHS also satisfied the brewery’s requirements regarding the infeed of empties. “The challenge here was to match the number of empties fed into the system to the amount of beer still to be filled, so that at the end of production there were neither too many nor too few bottles and crates on the line,” said Knappmann.

The brewhouse now remains at the old production site in the middle of town; following brewing and storage, the beer is transported in tank trucks by a logistics company specialised in food to the new bottling shop, where it is either filled into bright beer tanks or filled directly. The new building is designed to make the filling logistics more sophisticated. 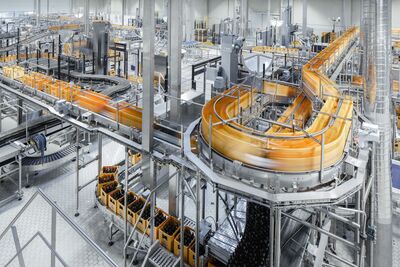 The system is also designed to minimise the use of water for bottle washing and CO2 during filling. Depending on the processing program, the filling equipment only uses 240 g of carbon dioxide per hectolitre of beer.

“KHS’s machinery is perfectly adapted to our requirements as a medium-sized brewery. We benefit from this proven technology,” said Weber. “Our production processes have also been greatly simplified and are now much more efficient.”

Metso Outotec is introducing its wide range of filtration solutions for the industrial segment.