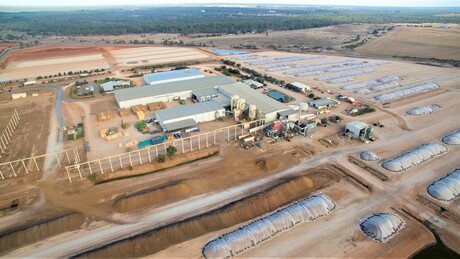 Select Harvests’ Carina West Processing Facility in Victoria produces 30–35,000 tons of almonds per year.  The facility’s baghouse filtration equipment is used to remove the almond hull and shell by-products, which must always be operating throughout the production process.

The company has commissioned a biomass power station that consumes approximately 30,000 tons a year of this biomass waste. The waste is burned to produce high-pressure steam to run a steam turbine and produce power on site, and the waste ash is directed to a compost facility, which is returned to the company’s orchards. 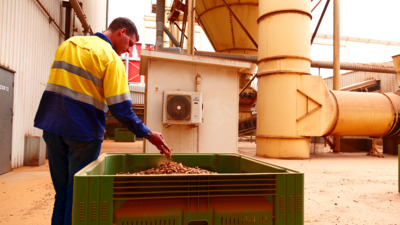 A progressive circular approach, the combination of the almond production, biomass power station functionality and steam turbine system, requires a stable electrical network.  Due to a weak power grid in the area, harmonic distortion was introduced into the power network, creating unwanted electrical disturbances.

It was these harmonics that were causing the unexpected failure of motors for Select Harvests. The non-linear load in the power system was impacting power distribution, creating a voltage distortion that was leading to increased operational downtime. Following an instance of a motor breakdown, Select Harvests called upon ABB Authorised Value Providers A1 Electric Motors and Remtron to help find a solution.

Anthony Merrett, Automation Support Engineer for Drives and Power Quality at Remtron, said, “The electrical stress caused by harmonics and high starting currents pollute electrical networks with dirty power that can make connected equipment behave erratically. In severe cases they can cause damage to sensitive electronic equipment, overheating in electrical distribution equipment, interference in communication equipment, and give false readings on measurement devices.”

A1 Electric Motors and Remtron performed a full-power quality analysis on site which included an investigation of the plant switchroom and current power factor.

It was discovered that Select Harvests was experiencing 6% of harmonic voltage distortion (THDv) in stationary mode, even without any equipment in operation at the point of supply. “The largest producers of harmonics within their system were four large drives running the baghouse motors,” said Chris Cheong, Managing Director at A1 Electric Motors.

Mark Davis, Process Improvement Engineer at Select Harvests, expressed his objective to implement total power factor correction. “Ordinarily, we’d have gone for the typical option which is a capacitor-based system with harmonic filters. But after talking to A1 Electric Motors and Remtron, they advised that the higher harmonics in the area would still lead to damage to that equipment over time and wouldn't have the lifespan that we’d expect out of our equipment.

“In seeking a solution from alternate providers, the equipment they specified would have been detrimental to capacitors because they didn’t consider power quality and a fully integrated solution.”

ABB’s ACQ580 ultralow-harmonic (ULH) variable speed drive (VSD) was identified to be the best solution for Select Harvests, as part of an overall drive and motor equipment upgrade for the plant. Installed within 48 hours of the existing equipment failure, the instrumental advantage of the ABB value provider network was fully realised.  Without the fast turnaround, Select Harvests would have experienced tens of thousands of dollars’ worth of downtime for its processing facility. 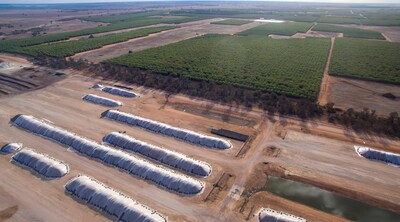 Almonds being stockpiled prior to processing in the foreground and Carina Orchards bordering the processing facility (background).

ACQ580 ULH drives are engineered to reduce harmonics in the power network. They integrate easily with existing infrastructure, so there was no need for Select Harvests to oversize its electrical system or increase budget for broader investment in additional infrastructure. Also, by using this clean technology, the need for any additional filters or power quality equipment is eliminated. By reducing the non-linear load on the power distribution system, all machines are able to operate efficiently and reliably.

The combination of the ultra-low harmonic technology found in ABB’s ACQ580 drive, along with a motor upgrade performed by A1 Electric Motors, has resulted in a reduction in harmonic distortion and energy demand of 15%*. Total harmonic distortion (THDi) is now less than 3%. 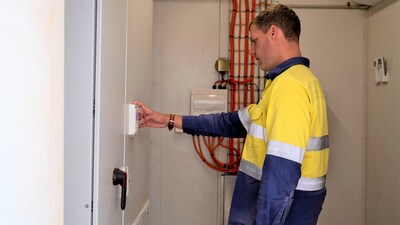 Further analysis on the drive revealed that the harmonic distortion of the supply to the baghouse had decreased from 40% THDi to 2% THDi, with a power factor increase from 0.9 to 1.0. This power factor of 1 (unity power factor) out of the drive in operation means no extra reactive current is needed to attain the required power output for the baghouse operations.

Davis said: “Another additional benefit of the ABB solution was that it didn’t require any infrastructure upgrades or system upgrades to implement. The integration was easy, the footprint was the same, and the cable sizing didn’t need to change.”

Kaishan's range of Permanent Magnet Rotary Screw Compressors is claimed to deliver up to 50%...