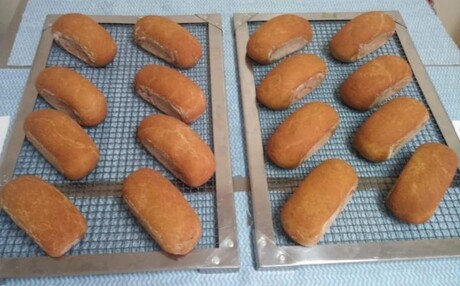 Gluten-free products are becoming increasingly popular, mainly due to demand from people with coeliac disease but also from other consumers for health-related or faddish reasons. The problem is that some of these products may not meet consumers’ expectations in terms of appearance, aroma, flavour and durability.

Now a research study focusing on ways to enhance gluten-free products is being pursued in Brazil by nutritionist Vanessa Dias Capriles, a professor at the Federal University of São Paulo (UNIFESP) in Santos. The work has developed new formulations for gluten-free bread combining chickpea flour and psyllium, a plant-derived soluble fibre. The resulting product is said to be nourishing and rated highly by consumers in qualitative surveys.

“The development of these products is a major technological challenge,” Capriles said. “Bread made with wheat flour has been an important human food for millennia. The sense impressions it causes are deeply ingrained in people’s lifestyle. That’s why it’s important to develop enhanced versions of these products. Market research shows that consumers are dissatisfied with the appearance, aroma, variety and convenience of the products currently available.”

Besides deficient sensory quality, gluten-free bread is often nutritionally poor. “Generally speaking, it’s made with refined starch such as rice bran combined with corn, potato and cassava starch,” Capriles said. “It contains little fibre, proteins, vitamins or minerals, and relatively large amounts of fat. It’s not enriched with micronutrients in many countries.”

The research underway at UNIFESP has three goals: improving the overall nutritional value of gluten-free products; increasing their acceptability to consumers; and seeking technologically feasible solutions.

The group researched different raw materials, including wholemeal flour from cereals such as rice, sorghum and millet; pseudo-cereals such as amaranth, quinoa and buckwheat; and others such as chickpeas, dry beans and pine nuts.

To increase the fibre content, they tried using psyllium, with positive results. Psyllium is a fibrous material made from husks of the seeds of the plant Plantago ovata. Every 100 g supplies 80 g of soluble fibre. It is hygroscopic and expands to form a gelatinous mass when mixed with water.

“We succeeded in producing bread with 17% psyllium. Because it absorbs water, dough made with psyllium can be moulded into many shapes, just like rolls and loaves made with conventional wheat flour,” Capriles said. “In more recent studies, we associated psyllium with chickpea flour and obtained surprisingly good results. Besides high acceptability and nutritiousness, its advantages include a low glycaemic response [it does not raise blood sugar significantly] and heightened satiety in healthy people. Another very interesting point is that it maintained its acceptability even after being stored at room temperature for seven days.”

Next steps include finding partners in industry to transfer the technology to, she added, as well as moving ahead with the research and development on a collaborative basis.

For more information, read the study ‘Psyllium improves the quality and shelf life of gluten-free bread’ in the journal Foods.