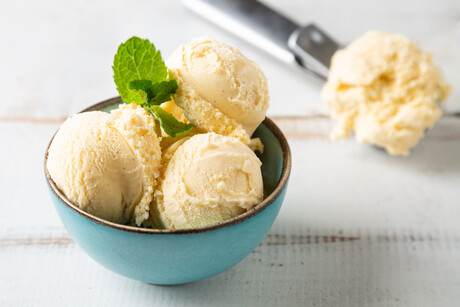 Established in Byron Bay in 1895, Norco Co-operative Ltd has more than 200 dairy farm members that supply over 200 million litres of milk to its two milk bottling factories and its ice cream facility in Lismore, NSW. It also has a fledgling fresh milk export business in China.

In 2018, the co-operative announced a doubling of its ice cream manufacturing capacity with a $10 million investment by its farmer owners. 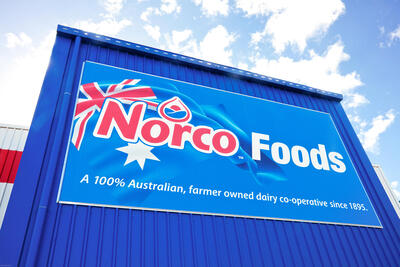 The doubling of production will substantially improve the ice cream business unit’s profitability, which could lead to increased farm gate prices to farmers after the completion of the project.

“These investments will take us to the next level of creating better technical efficiencies and growing business volume,” said former Norco chief executive officer Brett Kelly when announcing the investment.

“The co-op is trading very well and ice cream in Lismore is a big part of the business, so this will increase our business capabilities.”

The main steps in the production of ice cream — milk pasteurisation, homogenisation, blending of ingredients and packaging, as well as clean-in-place (CIP) processes — all require extensive liquid flow control and therefore a broad range of value equipment. However, in implementing its hygienic valves of choice, Norco was experiencing some technical difficulties with the valve control heads. It was therefore decided to look for a different type of control head to work with the existing valves.

Ryan Orbell, National Segment Manager – Hygienic Processing at Bürkert, had visited Norco prior to the project to present the Type 8681. Subsequently a control head was installed and trialled locally, proving it to be technically suitable to meet the needs of the plant.

“The Type 8681 control heads offer a number of advantages for Norco,” Orbell said. “They offer greater visibility with ultra-bright LED indication, are more durable and have high IP ratings and also offer a patented manual override functionality without the need to remove the top cover, which offers increased security around wet environments as it reduces the risk of operator error causing failure.”

Because the valves themselves were from a different manufacturer, Bürkert also supplied a universal adaptor that allowed the new control heads to be combined with all commercially available hygienic valve types, such as butterfly valves, ball vales and single- and double-seat valves. This meant it was possible to achieve a standard solution for the automation of all the hygienic process installations — eliminating the need for multiple brands and types of control heads.

The results — reliability and security improved

“Previously we had reliability issues with the control heads we were using,” said Michael Mountain, System Improvement Manager at Norco. “We had issues with water ingress, control tops coming loose and losing feedback, and difficulties with cable termination — terminals came screwed closed with a gap under the terminal, and new contractors would often strip the threads.” 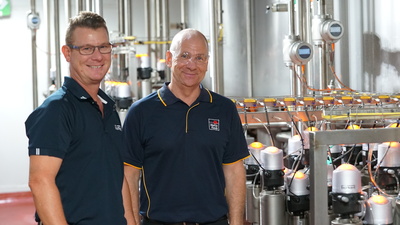 Ryan Orbell from Bürkert and Michael Mountain from Norco.

“For us, the main benefits of the Bürkert control heads are moisture control due to the control tops being internally pressurised — positive pressure to prevent any moisture ingress. Plus their excellent IP rating and lid removal for easy access,” he said.

“Other advantages have been the ability to achieve external stroking of the valve without affecting the control top seal, as well as the simple set-up.”

Not only have the new Bürkert valve control heads contributed to the security of ice cream production through improved reliability and functionality, but the entire expansion project has contributed to the security of the existing 240 jobs at Norco’s Lismore ice cream factory and ensured more workers are needed when the factory moves to 24/7 operation.

The Bürkert büS/CANopen interface provides the ability to unify the communication across a number of valves and — with the addition of Bürkert’s Type ME43 gateway — to integrate the valves into an industrial Ethernet network, making future Industry 4.0 integration possible should Norco decide to go that way.

Minimising the risk of falls in leading edge applications