Sustainability in the confectionery industry

The international confectionery industry is being confronted by significant challenges. On one hand, the rising costs of energy and raw materials mean that the industry requires more proactive resource management. On the other hand, in the context of the ongoing discussion about climate change and a secure future for the environment, many end users expect manufacturers to be more committed to sustainability. The range of sustainably produced confectionery products is growing in response to these increases in demand.

The term ‘sustainability’ was first coined in 1713 by Hannß Carl von Carlowitz of Freiberg. The rule he formulated was: In order to make a living from a forest over the long term, the amount of timber felled in one year may not exceed the amount that can grow back in one year. By now this 300-year-old forestry term has become a ubiquitous buzzword that has found a place in virtually every aspect of life - in business, in politics and in our private lives.

Many confectionery producers have started publishing sustainability reports which establish goals related to climate change, the protection of resources and their CO2 footprint. Top-level executives have realised that only those companies that use sustainable production methods will have long-term success in the market. That was the conclusion reached by the world’s largest survey to date of CEOs regarding sustainability, which was carried out on behalf of the UN Global Compact. According to the survey’s results, 88% of the 766 CEOs who responded are of the opinion that sustainability needs to be integrated into every link of the supply chain.

Chocolate is one of the most popular sweets. Per capita, Germans eat around 11 kilograms of chocolate per year. Germany plays an important role in the world market for cocoa - almost every eighth cocoa bean harvested worldwide will ultimately be consumed here. In addition to coffee, cocoa is one of the raw materials that has been a focus of activities concerning various aspects of sustainability for a long time. These activities include the current changes being made by trading firms to ensure their brands, for example, are made from certified sustainable cocoa to the greatest extent possible.

Producers of brand name confectionery products have also been making a concerted effort in this direction - in many cases, for a number of years. German companies are also committed to achieving the goal of sustainability, particularly when it comes to cocoa as a raw material. For example, the Halloren chocolate factory in Halle on the Saale introduced its first UTZ certified chocolates on the market in late summer 2012.

The term UTZ comes from the ancient Mayan culture and means ‘good’. However, it also stands for a worldwide certification and tracking program for the sustainable cultivation of coffee, tea and cocoa. By the end of the next 10 years, sustainable methods should account for 50% of the world’s coffee, cocoa and tea production. This goal was announced by the UTZ at its tenth-anniversary ‘Eye on the future’ seminar.

Sustainability is one major theme when it comes to manufacturing processes; another one is the integration of environmental protection into production processes. The focus in this case is twofold: first, designing products to be environmentally friendly, and second, optimising production to save on materials and energy. The increased use of green energy sources and intensive recycling in combination with high-efficiency manufacturing facilities and processes will make it possible for companies to combine environmental protection with production. Traditional cogeneration (the simultaneous production of electricity and heat), which consumes around 25% less primary energy than the separate generation of heat and electricity, will play a role in this transition. 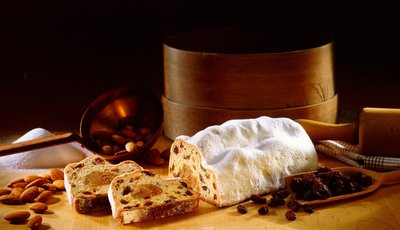 The family-owned company Kuchenmeister recently demonstrated how the production of industrially produced baked goods can be made more environmentally friendly. The new filtration system at its plant in Soest removes the steam produced during baking and uses a combination deodorisation/heat-recovery process. This process not only removes the odours from exhaust air but also makes use of waste heat. Thanks to this innovative technology, aromatic emissions can be reduced by more than 90%. At the same time, the approximately 30 baking ovens consume 2.5 million kilowatt hours of natural gas less per year. That means a yearly reduction in CO2 emissions of 584 metric tons.

Sustainability and environmental protection are themes that exhibitors will focus on at ProSweets Cologne, the international supplier trade fair for the confectionery industry, from 27 to 30 January 2013 in Cologne. The large number of companies participating in the International Sweets and Biscuits Fair (ISM), which will take place in parallel with ProSweets Cologne, will also turn their attention to these topics.

Printed biosensors to monitor freshness of meat and fish

US researchers are using aerosol-jet-printing technology to create graphene biosensors that can...

Bacterial biofilms can cause headaches for the food processing industry, but researchers in Tokyo...

UK-based food scientists are working with a producer of icy treats to develop ambient versions...