Squeezing the myths on OJ pasteurisation 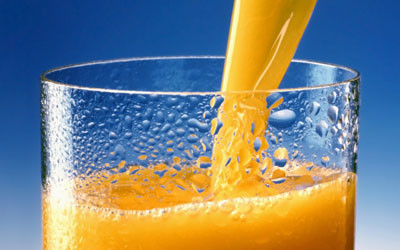 Despite recent declines in demand, the Australian orange juice market was forecast to be worth almost $724.2 million last year, with 5 million people drinking their way through 4.6 glasses a week. In fact, orange juice still accounts for around two-thirds of the total juice market.

While sales of UHT orange juice have fallen among older consumers, younger people are actually buying more with sales from juice bars and of premium products rising. With chilled products in particular attracting premium customers, the most effective technique to help satisfy discerning consumers is ‘flash pasteurisation’.

With or without pulp, the challenge for manufacturers of fresh orange juice is the speed at which the flavour and quality alters and deteriorates after the orange is squeezed. Like any fruit, oranges are perishable commodities and need to be pasteurised to stop the product spoiling. If there is to be an acceptable shelf life, the juice has to be pasteurised to destroy microorganisms and stop enzymatic activity.

There are various ways to delay these chemical changes. At HRS Heat Exchangers, thermal treatment, also known as ‘flash pasteurisation’, is the preferred technique for making premium quality juice. “Oranges are complex fruits,” explained Matt Hale, International Sales and Marketing Director at HRS. “The flavour and quality is determined by hundreds of compounds, among them limonene, pectin methylesterase (PME), hydroxymethylfurfural (HMF) and ascorbic acid (vitamin C). What’s more, the exact composition varies according to the type of orange, climatic conditions and ripeness when picked.”

Chemical changes begin to occur as soon as juice is squeezed. Some compounds react with oxygen in the air; others are affected by enzymes that are released during squeezing. With oranges containing natural yeasts, squeezing triggers fermentation, which results in the multiplication of any bacteria present.

Critics of pasteurisation argue that the process destroys the flavour of juice and alters the nutritional value. However, by minimising the thermal treatment time, HRS is assisting juice production plants to optimise juice quality and taste. 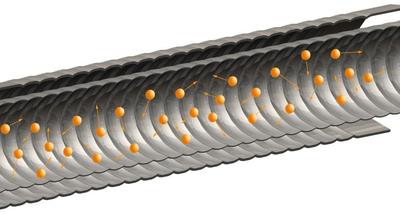 Hale explained further: “The result of this extra turbulence means that the orange juice can be heated up to pasteurisation temperature much faster — typically by up to 30%. Critically, the rate of heat transfer should be carefully considered because the longer it takes the greater the effect on the product and quality will deteriorate. The temperature of the heating media can affect quality too — the hotter the heating media, the more damage the hot tubes inside the pasteuriser will have on product quality.”

Because of the high heat transfer rates of the corrugated tube technology, HRS’s pasteurisation systems use water at a lower temperature to reduce the risk of product damage. Another benefit of higher heat transfer rates is that system footprint can be reduced using shorter heat exchanger modules. The shorter length of the heat exchanger also results in a reduction in pressure drop, which saves pumping power and further reduces energy costs — often by 40%.

System lifespan is also claimed to be greater using the HRS technology. The corrugated design/profile of the inner tube helps reduce product fouling — it disrupts the fluid boundary layer and creates higher velocity and turbulence. As the juice travels around the system, it’s less likely to stick to the tube wall causing corrosion and lack of performance (leading to increased downtime and maintenance costs, expensive replacement parts and reduced system lifespan).

In the system, water carrying the recycled heat energy travels in the space between the inner and outer tubes and flows in the opposite direction to the juice. The fact that the two liquids are travelling in opposite directions boosts the maximum amount of heat transfer due to a mechanism called counter-current exchange as Hale explained: “Counter-current creates a declining difference in temperature (helping heat transfer), whereas in concurrent (where heated and heating elements are side by side, as in a tank and jacket system) the initial difference is higher but quickly levels off. The HRS system pumps the juice and heating and cooling water around the exchanger, which further boosts the maximum heat transfer achievable.”