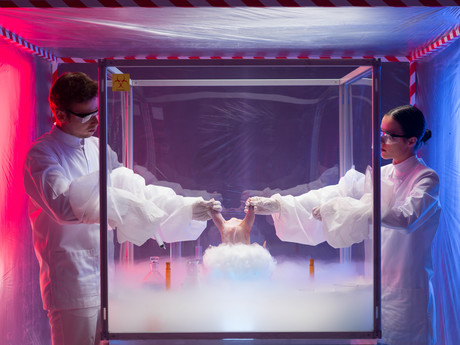 Commercial trials of a Murdoch University developed carcase measurement system which can accurately differentiate meat from fat and bone has delivered significant results.

Currently farmers are paid on the predicted amount of meat on a carcase, based on assessment of weight and fat depth. Now a new scanning technology will give much more accurate figures, even letting farmers know which specific animals are better.

“Cattle are sold mainly based on their weight. This method is a poor indicator of the amount of meat on a carcase. Our analysis of this traditional method, using beef datasets, found that accuracy varied from 10–80%,” said Assoc Prof Gardner.

“Results from the latest commercial trials shows that DEXA can accurately measure beef and differentiate meat from fat and bone with good precision.

“DEXA described 88% of the variation in carcase fatness within the mob of 50 cattle scanned, with the bulk of these predictions ranging within three carcase fat % units of their true value.”

The first commercial trials of the system were carried out in a lamb processing facility where improvements in precision and accuracy were achieved. Now a Victorian abattoir has achieved similar positive results when processing beef.

In May last year, MLA announced that Murdoch University would lead a $12.5m project to develop DEXA and other carcase measurement technologies.

The Advanced Livestock Measurement Technologies project is funded by the government’s Rural R&D for Profit program. It is focused on further refinement of the lamb and beef DEXA algorithm, the development of eating quality and live animal measures, industry database alignment and the promotion of processor-producer feedback.

Professor Gardner said he was delighted that the DEXA scanning technology has now been selected by the Australian meat industry as the key to future efficiency savings.

He said: “Once the system has been fully implemented, Australia will set the standards which the international industry will follow.”

The rollout of DEXA technology will not only bring greater accuracy in terms of meat yield and improved profit margins, it will also provide vital data that will help raise meat quality and consistency across the industry.