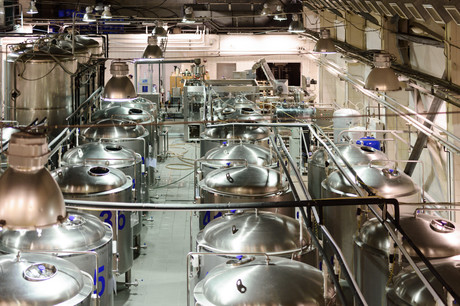 An international team of scientists, led by Prof Kevin Verstrepen (VIB-KU-Leuven) and Prof Steven Maere (VIB-UGent), has discovered that some of the classic Belgian beers are fermented with a rare and unusual form of hybrid yeasts. These yeasts combine DNA of the traditional ale yeast, Saccharomyces cerevisiae, with that of more stress-resistant feral yeasts such as Saccharomyces kudriavzevii.

“These yeasts are hybrids between two completely different species,” said Dr Jan Steensels (VIB - KU Leuven Center for Microbiology), who coordinated the lab work of this study. “Think of lions and tigers making a super-baby.”

The team, from the VIB-KU Leuven Center for Microbiology and the University of Munich, supported by industrial partners, has spent five years characterising the different yeasts used in today’s production of beer, wine, bread and biofuels. The genetic analysis of these yeasts was quite a piece of work, because none of the existing pipelines for DNA sequencing can deal with such mixed origins.

“It was a bit of a surprise for us,” said Dr Brigida Gallone (VIB-KU Leuven Center for Microbiology), the lead author on the paper that appeared in Nature Ecology and Evolution. “In 2016, we reported that most industrial yeasts belong to, or arose from, the species Saccharomyces cerevisiae, the traditional baker’s and brewer’s yeast. We found that these industrial yeasts are quite different from their wild progenitors, with different subfamilies having adapted to beer, wine and bakery environments. We also noticed that some of the yeasts that were isolated from ancient Belgian beer styles, like Gueuze and Trappist beers, are even more unusual and contained DNA of two different yeast species.”

Apart from the special Belgian yeasts, the team also collected a large number of hybrids from S. eubayanus and S. cerevisiae, or from S. uvarum strongly adapted to cold fermentation. While it was already known that lager yeasts were hybrids, the complete DNA analysis of a large number of these yeasts showed how these specific hybrids originated in medieval Germany and later spread across different European breweries as the pilsner beers grew more popular.

“It is no coincidence that the origin of today’s beer yeasts lies in Belgium and Germany, arguably the two countries that are most associated with the art of brewing,” said Prof Mathias Hutzler (TU Munich).

In addition to isolating and characterising additional yeasts from classic breweries, the Verstrepen team is now also using these new insights to create novel hybrids that are even better at making flavourful beer. By crossing different natural yeasts isolated from all over the world, the team hopes to generate new beer yeasts that allow brewers to create new aroma patterns, or brew in a more ecological and sustainable way; for example, by limiting cooling or allowing fermentation with a better use of local raw materials.