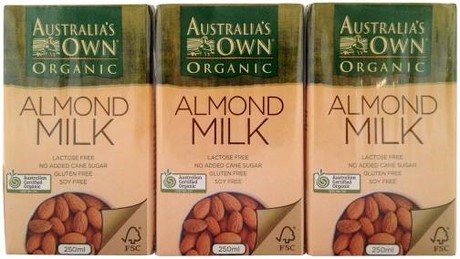 Development in the dairy-alternative drinks segment has been driven by increasing penetration outside the traditional Asian market and the rise in plant-based milks such as almond, rice, coconut and oat.

Innova Market Insights, analysing global dairy launches in 2015, reported static launch numbers in Asia but rising activity in Europe. The market is also moving on from its reliance on soy to embrace a number of plant-based foods such as nuts and grains.

Soy milks still featured in over 60% of dairy-alternative drink launches globally in 2015, either as a main or secondary ingredient — down from nearly three quarters in 2011. Meanwhile, almond milks have seen dynamic growth in recent years, increasing their share to feature in over 28% of launches, ahead of rice, coconut and oat milks.

The other notable feature has been the move towards flavoured non-dairy variants and coffee drinks.

Health benefits continue to be a significant marketing platform for dairy-alternative drinks, with 90% of 2015 launches featuring a health message of some kind.

The most popular individual claim was lactose-free, used on over 47% of introductions — up from about one-third in 2011.

Interest in clean labelling appears to have boosted the use of natural and no additives/preservatives claims and these were used on 36% of launches — rising to nearly 64% if organic claims are also included. There is also rising use of non-GMO claims.

A GlobalData survey indicates that consumers in the APAC region prefer traditional alcohol and...