New urine test reveals what you have really been eating 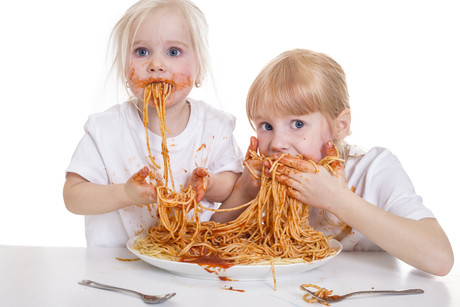 Been lying to your doctor (and yourself) about what you have been eating? You won’t be able to get away with this for much longer as a new urine test is being developed that will reveal the truth. It’s not up to revealing three glasses of shiraz, a handful of chips and a plate of nachos yet, but it is getting there.

Researchers from Imperial College London, Newcastle University and Aberystwyth University have developed the test that measures the biological markers in urine created by the breakdown of foods such as red meat, chicken, fish and fruit and vegetables.

The five-minute test also reveals how much fat, sugar, fibre and protein has been consumed. The test is still in its early stages and the scientists now hope to refine the technology by testing it on larger numbers of people outside research settings.

Evidence suggests people inaccurately record their own diets and under-report unhealthy food while over-reporting fruit and vegetable intake — and that the likelihood of inaccuracies in food diaries increases if a person is overweight or obese.

In the study, published in the journal Lancet Diabetes and Endocrinology and conducted at the MRC-NIHR National Phenome Centre, the researchers asked 19 volunteers to follow four different diets, ranging from very healthy to very unhealthy. These were formulated using World Health Organisation dietary guidelines, which advise on the best diets to prevent conditions such as obesity, diabetes and heart disease.

The volunteers strictly followed these diets for three days while in a London research facility, throughout which the scientists collected urine samples in the morning, afternoon and evening.

The research team then assessed the urine for hundreds of compounds, called metabolites, produced when certain foods are broken down in the body.

From this information the researchers were able to develop a urine metabolite profile that indicated a healthy, balanced diet with a good intake of fruit and vegetables. The idea is this ‘healthy diet’ profile could be compared to the diet profile from an individual’s urine, to provide an instant indicator of whether they are eating healthily.

The scientists then tested the accuracy of the test on data from a previous study. This included 225 UK volunteers as well as 66 people from Denmark. All of the volunteers had provided urine samples, and kept information on their daily diets.

Analysis of these urine samples enabled the researchers in the current study to accurately predict the diet of the 291 volunteers.

Professor Elaine Holmes, co-author from the Department of Surgery and Cancer at Imperial, added: “We are hoping to make this test available to the public within the next two years. The idea would be to collect a urine sample at home and deliver it to a local centre for analysis. We envisage the tool being used by dieticians to help guide their patients’ dietary needs, or even by individuals who are interested in finding out more about the relationship between diet and their health.”

Professor John Draper, co-author from Aberystwyth University, added: “The future challenge is to apply the technology developed in this laboratory study in a community setting and objectively monitor diet in the home. The teams in Aberystwyth and Newcastle have been doing just this and the results are looking very promising.”

The work, Objective assessment of dietary patterns by use of metabolic phenotyping: a randomised, controlled, crossover trial, by I. Garcia-Perez et al, was funded by the Medical Research Council and the National Institute for Health Research and published in the journal Lancet Diabetes and Endocrinology.