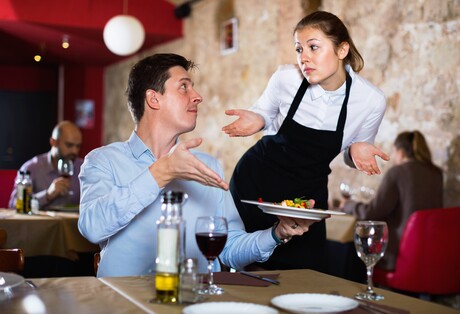 The Australian seafood industry is calling on consumers to support the expansion of country of origin labelling (CoOL) laws to include seafood sold in foodservice, as the government evaluates legislation which came into effect two years ago. Veronica Papacosta, Interim CEO of Seafood Industry Australia (SIA), said CoOL provides consumers with clear information about where their food has come from and allows consumers to make informed purchasing decisions. Papacosta notes that this labelling needs to be extended to seafood sold in the foodservice sector.

“In July 2018 it became mandatory for food sold in retail to be labelled with its country of origin, and the wheels didn’t fall off. In fact, labelling improved the level of communication and trust between a retailer and their customers. However, there was no requirement placed on places like restaurants and cafes. Foodservice should have never been exempt from the original labelling requirements and we hope this loophole will finally close,” said Papacosta.

Papacosta revealed that 70% of the seafood eaten in Australia is imported, with the majority of consumption in the foodservice sector. Consumers often assume their seafood meals are made using Australian seafood; however, this is not always the case. “We know people want to support our Australian seafood producers, but people cannot buy Australian seafood if they can’t tell where it’s from,” said Papacosta.

The Australian seafood industry has previously appealed to the government to make origin labelling mandatory for seafood sold in foodservice, with a new opportunity to make this happen with the expansion of CoOL laws.

A 2018 report revealed increasing demand for Australian-grown produce domestically and internationally, with the coronavirus pandemic strengthening support for domestic produce. Minister for Agriculture David Littleproud said the report showed that consumers want clear food labelling and to be informed.

“Australians are more interested in the provenance of their food than ever before, and demand for all Aussie-grown produce is on the rise,” said Papacosta.

Aussies clean up at the WorldStar Global Packaging Awards

Seven Australian companies have won in the food and beverages categories at the WorldStar Global...

Mars Food has announced it will begin to use recyclable mono-polypropylene plastic (PP) for its...

Tesco has announced it will change the packaging of its home brand hard cheeses, saving 260...

The growing role of sustainable microgrids in health care

Scientists forecast a "ghastly" future for the planet