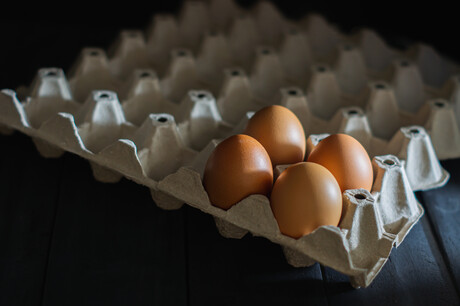 A union strike starting on Friday at a Melbourne egg carton factory could affect the daily packaging of 7.5 million eggs across Australia. This could result in disrupted supply to supermarkets, cafes and restaurants.

The Construction, Forestry, Maritime, Mining and Energy Union (CFMMEU) has given notice of rolling stoppages in the Preston factory of Huhtamaki, which is claimed to be responsible for 70% of Australia’s egg packaging.

The union is demanding 4% annual pay rises each year for the next three years.

The CFMMEU has put a ban on quality checks, shift handovers, housekeeping and cleaning duties in all parts of the workplace.

Huhtamaki is offering a 2.6% per year increase over the next three years back paid to the beginning of the year, but the company and the union have yet to reach an agreement.

The strike is set to put further strain on Huhtamaki’s already backed up supply chain.

The company said it had increased production to supply roughly 90% of Australia’s egg cartons after the COVID-19 pandemic restricted imported supplies.

This has left many customers across Australia waiting 12–18 weeks for delivery on current orders.

Huhtamaki Fiber Packaging Oceania General Manager John Sartori said that the CFMMEU is demanding a pay rise at a time when 900,000 Australians are out of a job despite earning almost double the average annual salary of other manufacturing workers in Australia.

“In the middle of a recession, the union’s action threatens an industry that employs 3839 people and generates $900 million each year,” Sartori said.

“Domestic supply chains — already under significant strain — are facing further disruptions from the actions of the union, placing additional pressure on Australian farmers and threatening the supply of eggs to businesses in the food and hospitality industries, which are desperately trying to recover from the impact of the pandemic.

“We recognise our employees’ right to bargain collectively and have continued to work in good faith with the CFMMEU for more than eight months in the hopes of reaching a mutually satisfactory outcome for both parties. Regrettably, we’ve had no success. We urge the union to work with us to resolve this before any more undue harm is caused to Australian businesses and farmers.”