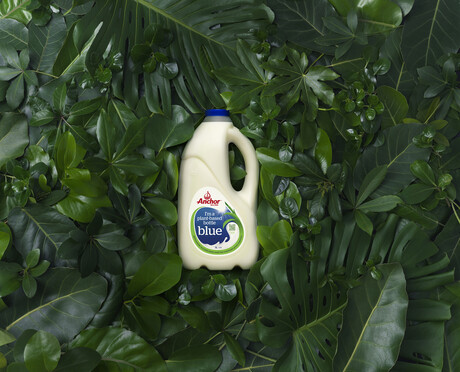 The milk bottle is composed of HDPE made from sustainably sourced sugarcane, a natural and renewable resource that captures carbon dioxide (CO2) as it grows. The bottle is also 100% kerbside recyclable at the end of life.

The packaging is being released into the North Island as an additional product to the existing Anchor range, with the plant-based resin being used to produce the Anchor Blue 2 L milk bottle packaging.

It is the latest innovation to come as part of a longstanding partnership between Pact Group and Fonterra.

“This type of outlook, committing to exploring and defining new solutions, will be critical in helping lift the bar and raise the ambition around what can be achieved in sustainable packaging,” Kjestrup said.

Pact Group was the recipient of funding from the New Zealand Government as part of its Waste Minimisation Fund.

This has meant the manufacturer will have the capability to produce 100% rPET food packaging, including meat trays, bakery trays, and deli containers.

The news comes after Pact Group announced the company strives to eliminate all non-recyclable packaging and offer 30% recycled content across its packaging portfolio by 2025.