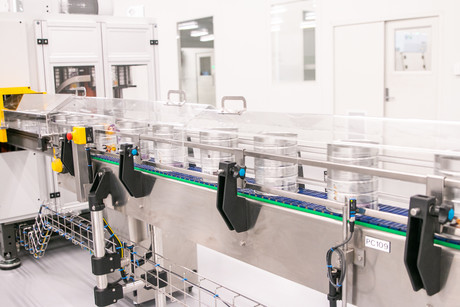 Jamestrong has responded to the burgeoning infant formula market, opening a new $15 million can facility in Auckland, NZ.

The international packaging manufacturer is set to capitalise on continued local and offshore demand for New Zealand baby formula, opening a high-care manufacturing facility in Auckland that can produce 50 million cans a year.

The plant has been custom designed and built with expansion in mind. At the appropriate time, a second line can be dropped into the facility, effectively doubling that capacity.

The new plant comes just 17 months after the company established a similar high-care facility in Hornby, Christchurch. Jamestrong also has a high-care infant formula can manufacturing plant in Kyabram, Australia, which opened in 2016.

Jamestrong ANZ Managing Director Alex Commins said: “The fact that we have opened three production facilities in just over three years speaks volumes about the trajectory of New Zealand and Australia’s infant formula market and the demand coming from international markets, in particular, China.”

Commins said stringent food safety and quality controls were integral to the Jamestrong Packaging manufacturing regime, and a key focus when commissioning a new high-care facility that produces metal packaging intended for infant formula. He added that the appetite for locally produced infant formula from green and safe provenance was “fundamental to underlying demand”, with the Chinese infant formula market mooted to be worth in the order of $32 billion per annum.