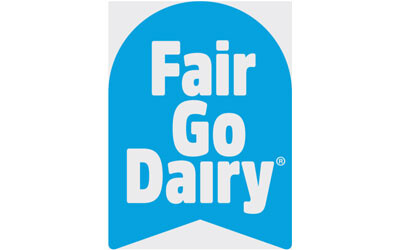 The Australian Competition and Consumer Commission (ACCC) has authorised a licensing scheme that allows dairy processors to use the ‘Fair Go Dairy’ logo on qualifying dairy products.

The move gives the Queensland Dairyfarmers’ Organisation (QDO) permission to grant processors a licence to use the logo, which conveys that the company is paying farmers a ‘sustainable and fair farmgate price’.

To qualify for the logo, the product must contain at least 80% unprocessed milk produced by Queensland dairy cows. The milk also must be for purchased from a Queensland dairy farmer for more than or at a price QDO considers as ‘fair’. In 2021/22 QDO has calculated a minimum price of 73.8 cents per litre processors have to pay farmers to participate in the scheme.

Processors that comply with the voluntary scheme will be able to affix the ‘Fair Go Dairy’ registered trademark to resulting dairy products (milk, dairy cream, dairy desserts and cheese variants).

“The scheme is likely to give consumers more information about the price paid to the farmers supplying the milk for participating products. It may also be a useful tool for dairy processors to signal to consumers what they are paying Queensland farmers.”

QDO has sought authorisation from the ACCC because the scheme may otherwise involve anti-competitive behaviours that could breach the Competition and Consumer Act 2010, since participants in the scheme are likely to be competitors.

The ACCC’s authorisation is granted until 2026.

The scheme is expected to be launched, and marketing will likely occur in the coming months.

Image supplied by the ACCC.

While some Smarties packs sold in Australia are already in paper, the change sees all plastic...

A student-led design that turns leftover peanut husks into packaging has won a global award for...

The initiative will be first rolled out through the Skittles brand to US consumers between late...