News of pathogen outbreaks in the past caused alarm bells to start ringing for not just one, but many fresh food producers, as it took weeks to determine the precise location of the outbreak. In the meantime, farmers had to sit back and watch as millions of dollars’ worth of a full growing season’s produce was needlessly destroyed in search of the source.

This enormous waste has placed pressure on regulatory bodies responsible for food safety to better manage the risk of outbreaks by putting in place requirements for access to more food production information. These regulatory bodies are also running strong educational campaigns to communicate, often through media, to the general public the need to adhere to best practice food safety, as well as submit complaints related to food poisoning.

With this knowledge at the forefront of their minds, it is also impacting on consumer attitudes towards food safety across the board. They are now joining regulators in demanding that the entire supply chain - from farm to fork - be able to trace and account for where fresh produce is grown, where it is going and how long it remains at any given point along the way.

Farming is moving away from its low-tech roots

While the norm for many years has been for fruit and vegetable growers to put a simple UPC barcode or product type identifier label - such as ‘Red Delicious Apples’ - on boxes of produce, these traditional methods are no longer sufficient for the current fresh produce distribution system.

The food industry is becoming more interconnected with the rise of multinational food processing and retail companies. With this shift comes increased pressures of controlling food safety liability and introducing supply chain management to an international standard. For farmers, this means moving away from their low-tech roots and towards automation. Some farmers are now using a range of technologies including GPS to track the exact location where a box of fruit or vegetables was picked, RFID tracking pallets and a subset of GS1 barcodes to make pallets traceable as they move through the supply chain. 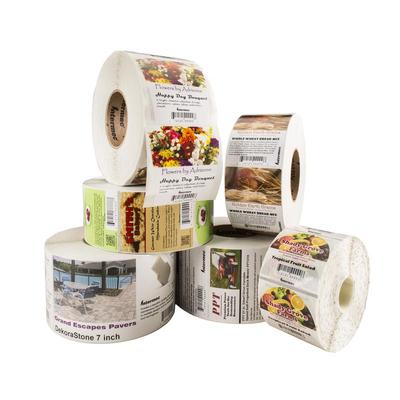 These technologies arm them with a range of solutions that can be used to create modern labels that detail the date and individual planted field where an item was picked. The availability of this kind of label that follows a product at every stage along the supply chain offers enhanced accountability and places regulators in a better position to pinpoint the source of pathogen outbreaks much faster. This greatly reduces the scale of what must be recalled, saving millions of dollars in losses for farmers and lessening the stress for concerned consumers.

For farmers, the foremost advantage of traceable labelling when it comes to pathogen outbreaks is that they can quickly be eliminated as the source and their food need not be recalled. This saves them money at the front end of their business, but also at the back end by avoiding litigation. Of course, there is also the potential that traceability will mean a farmer’s produce is found to be the source of the pathogen outbreak; however, it is very likely that awareness that their produce is traceable will make farmers even more careful to ensure they are not the source of an outbreak.

Major retailers are increasingly paying close attention to regulator and consumer demands and are in turn asking that fresh food suppliers make their products traceable.

This is certainly the trend amongst large US retailers, such as Walmart and Safeway, who have indicated they are now in a position to accept traceable packages in their stores. In fact, during the recent 2013 North American summer, they indicated that by the end of this year all their suppliers will have to either be compliant with traceability requirements or have a waiver. This is a considerable incentive for farmers to move towards compliance, since those who aren’t compliant risk being cut from supplying to big retailers.

In the near future, the clear message will become “comply or don’t participate”. Those farmers who do comply will be positioned to sell to larger markets and will have a competitive edge over non-compliant producers. 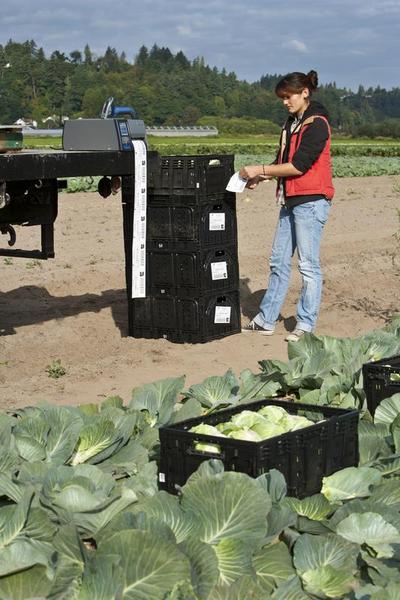 Smart printer labelling at Puyallup Farm in the US.

This is not the first time Walmart has taken the lead in leveraging a new standard and driving its suppliers to adopt it. It previously played a pivotal role in pushing globally accepted barcoding standards. Given Walmart’s strong influence as the largest supermarket chain in the world, we can expect to soon see a call for standardisation of traceable labels across the largest food import and export market, the US1. We can obviously expect this to cause a ripple effect throughout global supply chains, including Australia, due to the growing local presence of international supermarket chains.

Unfortunately, meeting traceable labelling requirements is considered to be purely a cost of doing business and doesn’t by default guarantee long-term increased profitability. The Australian Bureau of Statistics (ABS) recently reported that in 2010-11 the majority of Australia’s farms remained comparatively small, with just over half (55%) of 135,000 total Australian farming businesses having an estimated value of agricultural operations of less than $100,0002.

Therefore, the cost of automating without a guaranteed financial return can work as a significant deterrent for many Australian farmers who are already working under tougher conditions than ever before, with increasing competition and diminishing profit margins.

However, with the ABS report also noting that agricultural production in Australia in recent decades is being increasingly concentrated in the small number of large farms (6%) - which in 2010-11 had estimated agricultural operations in excess of $1 million3 - it is important for small farmers to try to find ways of keeping up with these larger players in the market.

Complying without blowing the budget

The key question for smaller-scale Australian farming businesses is: what modern labelling technologies can you bring to your business that won’t blow the budget? This can be a difficult question for farmers who are faced with a vast array of available technologies - handheld computers, voice directed picking, tablets, rugged printers with RFID tagging capabilities that can be mounted directly to harvesters, etc.

One technology that stands out for offering automation at a reduced cost is a Smart Printer such as Intermec’s PM43, which opens up the possibility of labelling right at the source of the produce, with the stand-alone rugged labelling solution able to be connected to any vehicle in the field with a power inverter, including harvesters. The entire labelling solution sits on the printer as a stand-alone solution in the field as no computer is required. By moving the labelling operation to the field and making harvesters or pickers responsible for labels, it eliminates labelling mistakes, which is a saving for the farmer. 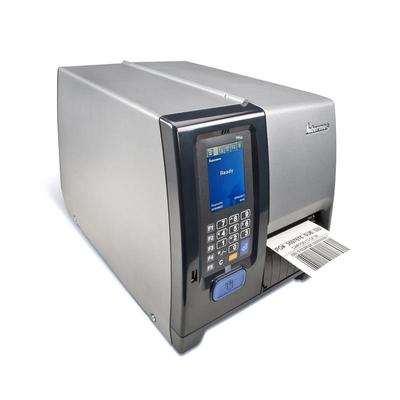 Less label waste is also something we hear over and over. In traditional produce labelling, a roll or more of labels is printed in the packing shed, or in a truck next to the field, prior to the start of picking. Frequently the entire roll is not used - but it cannot be re-used the next day because it contains a date code. So the remainder of the roll is discarded. Printing labels one by one on the harvester or as the produce comes in to the packing shed eliminates this waste and doesn’t interfere with productivity.

At the other end of the spectrum, Smart Printers avoid the common problem of a full roll of labels running out before a field is finished. This creates a situation where there has to be a runner whose job is to go to the field edge and print more, or where pickers are left standing around while the foreman runs back to the packing shed - sometimes kilometres away - to print more labels.

These types of printer are rugged and fast, and avoid the need for a connected computer as they communicated wirelessly or through a USB. Bluetooth barcode scanners, scales or data input and parts can easily be serviced remotely without the need to send it to the manufacturer for repair.

Farmers who make an investment in this kind of technology will be much better positioned to keep up with regulatory and consumer expectations, pick more each day and protect their place in the larger fruit and vegetable distribution markets.