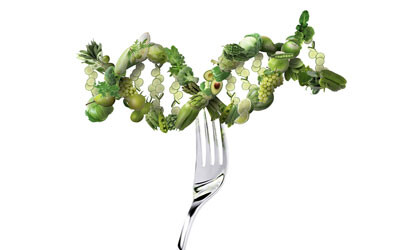 From tracing vegetables to their agricultural source to identifying the manufacture of counterfeit goods, the ability to quickly and accurately determine the provenance of an object can be critical in many applications.

In a novel solution that can help determine the origin of agricultural products and other goods, Harvard Medical School scientists have developed a DNA-barcoded microbial system that can be used to label objects in an inexpensive, scalable and reliable manner. The system could be particularly useful in tracing supply chains following detection of foodborne pathogens.

Reporting in Science on 4 June, the research team describes how synthetic microbial spores can be safely introduced onto objects and surfaces at a point of origin, such as a field or manufacturing plant, and be detected and identified months later.

The use of custom-synthesised DNA sequences as barcodes has been shown in principle to be effective for labelling food and other items. To be widely useful, DNA barcodes must be produced cheaply in large volumes, persist on objects in highly variable environments and able to be reliably and rapidly decoded — hurdles that have thus far not been overcome because DNA is fragile.

In the study, Michael Springer, associate professor of systems biology in the Blavatnik Institute at HMS, and colleagues set out to determine if DNA barcodes packaged within microbial spores, which can be sprayed onto crops and identified months later, could help solve these challenges.

The spores are derived from baker's yeast and a common bacterial strain used in a wide variety of applications, such as probiotic dietary supplements, and designed to be incapable of growing in the wild to prevent adverse ecological effects.

"Spores are in many ways an old-school solution and have been safely sprayed onto agricultural goods as soil inoculants or biological pesticides for decades. We just added a small DNA sequence we can amplify and detect," said study corresponding author Springer.

"We also worked hard to make sure this system is safe, using commonplace microbial strains and building in multiple levels of control," Springer added. "We hope it can be used to help solve problems that have enormous public health and economic implications."

To read the DNA barcodes, the researchers used an inexpensive CRISPR-based tool that can detect the presence of a genetic target rapidly and with high sensitivity. The technology, called SHERLOCK, was developed at the Broad Institute of MIT and Harvard, in a collaboration led by institute members James Collins and Feng Zhang.

The team examined the efficacy of their barcoded microbial spore system through a variety of experiments. DNA-barcoded B. subtilis remained detectable on tagged produce even after washing and cooking.

"Spores can survive in the wild for an extremely long time and are a great medium for us to incorporate DNA barcodes into," said study co-first author Jason Qian, a graduate student in systems biology at HMS. "Identifying the barcodes is straightforward, using a plate reader and an orange plastic filter on a cell phone camera. We don't envision any challenges for field deployability."