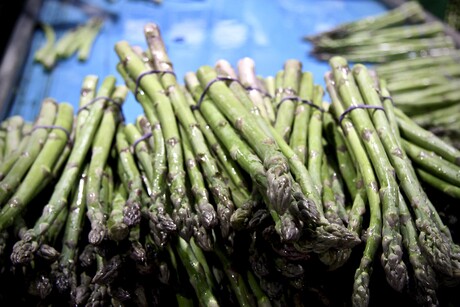 New Zealand fresh produce software provider Radford Software has remotely onboarded Australian asparagus producer and distributor Raffa Fields to implement a packhouse system. This is the company’s first move into the asparagus sector and also the first remote implementation of its packhouse solutions due to the pandemic.

Family owned and operated, Raffa Fields is one of the three largest asparagus producers in Australia. Annually, it produces around 2000 tonnes of asparagus in the Koo Wee Rup region for domestic and export consumption, and distributes imported asparagus during its off-season. 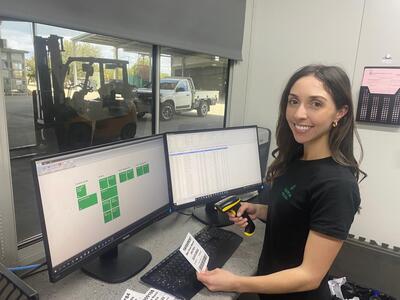 Sales and Operations Manager Rosalee Raffa said the software had transformed packhouse operations and created multiple efficiencies, saving the sales and logistics team up to five hours a day.

“Two years ago we began supplying direct to Coles, which gave us the opportunity to also run an import program. Between this and our local production process, our custom-built software solution was not keeping up with our needs. By April last year, we were in dire straits and asparagus season was approaching. We were looking for an end-to-end solution that could handle a complex and specific product process from harvesting the raw product to final sale,” Raffa said.

“We went to see FreshPack in action at Priest Bros Orchards, Victoria, and they couldn’t speak highly enough about the software and Radfords.”

Radfords Product Owner Nick Eggmann said FreshPack had evolved in the years since its development to be ‘produce-agnostic’, allowing any producer to adopt it without customisation beyond minor configuration to suit individual workflows.

“As it is off-the-shelf, the only modification made for Raffa Fields (after go-live) was to integrate scales to record weight crates at the time of receival,” Eggmann said.

“Traceability was a key objective for Raffa Fields. They needed a system that provided good inventory and stock control from harvesting to distribution [to help] them move away from handwritten notes and duplication of data.

“The biggest challenge for us was not being on the ground at crucial stages of the 12-week project. We had to rely on information provided to be correct — everything from the layout of the packhouse to how the business worked. It required constant and clear communication and documentation. Raffa Fields’ willingness to invest in the process made the project successful.”

Raffa Fields was undaunted that Radfords hadn’t worked in the asparagus space.

“We saw it as an opportunity to be the first (in asparagus) to adopt its technology. Everything Radfords said at the start has been backed up with action. They were very upfront about our August deadline and how they would make that happen. They broke it down into measurable tasks and met all the deadlines,” Raffa said

“Importantly, Radfords supported our business as it was, and the software fitted like a glove. If anything, they adapted their processes to suit us. We prioritised the project over everything else because we recognised the importance of having it go live for the harvest.”

The solution has eliminated manual processes and the company is now able to use its time to analyse the data, rather than spend that time trying to extract it.

Universal Robots has announced it will be adding the UR20 cobot, which has a 20 kg payload...