Helping robots come to grips with motive and context 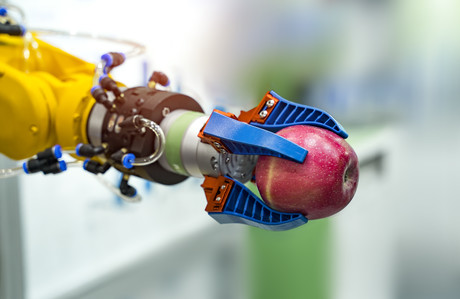 A new study by the National Centre for Nuclear Robotics in the University of Birmingham states that robots need a conceptual understanding of motive, similar to that of humans, so they don’t perform tasks blindly, without context. This will determine if robots are able to safely work alongside humans in future.

The paper, published in Nature Machine Intelligence, explores the issue of robots using objects, with the act of ‘grasping’ by robots representing the cutting edge of robotics research. This shift in thinking is crucial as economies, factories and homes embrace automation, connectivity and digitisation, and levels of human-robot interaction.

Most factory-based machines blindly pick up familiar objects that appear in predetermined places at just the right moment. Getting a machine to pick up unfamiliar objects, randomly presented, requires the seamless interaction of multiple, complex technologies. These include vision systems and advanced AI so the machine can see the target and determine its properties (for example, is it rigid or flexible?). Sensors in the gripper could also be required so the robot does not crush an object it has been told to pick up. Despite all this, researchers in the National Centre for Nuclear Robotics revealed that robots still do not understand the goal of grasping an object, or why it is instructed to carry out certain activities.

Nature Machine Intelligence provides an example of a robot in a factory picking up an object for delivery to a customer. The robot holds the package securely without causing damage, but the robot’s gripper obscures a crucial barcode, which means the object can’t be tracked and the firm has no idea if the item has been picked up or not; the whole delivery system breaks down because the robot does not know the consequences of holding a box the wrong way.

“What is obvious to humans has to be programmed into a machine and this requires a profoundly different approach. The traditional metrics used by researchers over the past 20 years to assess robotic manipulation are not sufficient. In the most practical sense, robots need a new philosophy to get a grip,” said Dr Valerio Ortenzi, at the University of Birmingham.

The research is the result of a collaboration between the Centre of Excellence for Robotic Vision at Queensland University of Technology in Australia, Scuola Superiore Sant’Anna in Italy, the German Aerospace Centre (DLR) in Germany and the University of Pisa in Italy.