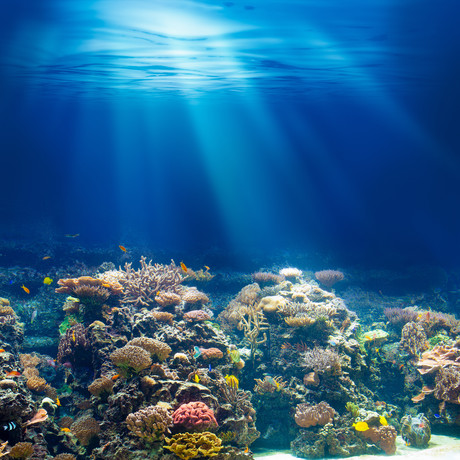 Carrageenan — a stabiliser commonly used in foods such as ice-cream, baby formula and cottage cheese — has been the subject of debate after the United States Department of Agriculture (USDA) has defied advisors and supported its continued use in US organic foods.

Extracted from red seaweed, carrageenan has been used to replace fatty additives, thicken certain foods, keep ingredients from separating and extend shelf life, with its first use in puddings and broths as early as 400 BC.

In 2016, the National Organic Standards Board (NOSB), an advisory board that makes recommendations to the United States Secretary of Agriculture on organic food and products, voted for it to be removed from the national list of ingredients allowed in organic foods. It argued carrageenan is no longer an essential ingredient as there are a number of alternatives that can be used in organic products, including gellan gum, guar gum and xanthan gum. Its health impacts also came under scrutiny with some studies claiming it caused intestinal problems in animals after consumption.

However, this vote was a recommendation, and after taking into consideration the opinions of scientists and stakeholders, the USDA decided to ignore this recommendation. It concluded that carrageenan is a safe food ingredient and has a number of uses that are irreplicable.

This was supported by a third-party survey of food formulation professionals which revealed that carrageenan was the most popular essential ingredient compared to xanthan gum, locust bean gum, gellan gum and an ‘other’ category.

The USDA’s decision to renew carrageenan on the National List until 29 May 2023 was opposed by the Consumers Union, which claimed it “represents a troubling precedent that undermines the integrity of the organic label”, according to Charlotte Vallaeys, Senior Policy Analyst.

On the other hand, DuPont Nutrition & Health and a coalition of scientists, dietitians, food producers, environmentalists, seaweed farmers and consumers have claimed they applaud the decision.

“We commend the USDA for taking seriously its responsibility to review the NOSB recommendation and make a decision based on the facts and science,” said Michiel van Genugten, global product line manager, Seaweed Extracts & Colors. “This will allow organic food producers to continue to use a safe, versatile ingredient they rely on, and for consumers to enjoy the foods they know and love.”

The benefits of using carrageenan include: providing employment to 75,000 seaweed farmers in developing economies globally; it is sustainably harvested; seaweed farming is environmentally friendly; and reformulation that eliminates carrageenan could alter colour, odour and taste and increase costs.

While one of the main concerns is food safety, there is a plethora of research that suggests it is a safe additive. Both the FAO and WHO concluded carrageenan is safe to use in infant formula, which indicates how harmless they deem it to be. The NOSB even acknowledged: “We find that the body of scientific evidence does not support claims of widespread negative human health impacts from consumption of carrageenan in processed foods.”

The Federal Register stated the renewal of the substance “will avoid potential disruptions to the organic industry and the public”. Although the positives of continuing to allow manufacturers to use carrageenan seem to outweigh the negatives, the demand for organic products and fewer additives is likely to see some continuing to oppose its use.