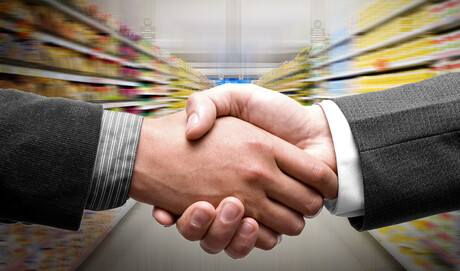 Ingredion Incorporated, a global provider of ingredient solutions to diversified industries, has announced the completion of its acquisition of PureCircle Limited, a producer and innovator of plant-based stevia sweeteners and flavours for the food and beverage industry. PureCircle’s innovation and manufacturing expertise will enable Ingredion to leverage its global go-to-market model, formulation capabilities and broad ingredient portfolio.

Jim Zallie, Ingredion’s President and CEO, described the acquisition as a significant step forward, as the company advances its Driving Growth Roadmap and aligns its sugar reduction and specialty sweetener platform to the trends in the food and beverage industry.

“PureCircle provides substantial growth potential that is aligned with our strategy to create long-term shareholder value. We have always had tremendous respect for the PureCircle team and the business they have built over the last two decades. We are excited to welcome them to the Ingredion family,” Zallie said.

Zallie also stated that the Ingredion team is ready to drive new growth opportunities that are aligned with consumers’ preferences for plant-based alternatives. As of 1 July 2020, Tony DeLio will serve as Chief Executive Officer of PureCircle in addition to being the Chief Innovation officer of Ingredion. Additionally, SukGu Kim will become the Chief Financial Officer of PureCircle. Most recently, Kim was the finance director for the company’s largest region in Asia–Pacific.

“PureCircle is a renowned innovator with a proven track record for producing great-tasting, naturally based stevia and derivatives of stevia. And, they have pioneered the development of novel varieties of stevia that are both better tasting and higher yielding,” DeLio said.

DeLio believes that PureCircle’s go-to-market model and formulation expertise will complement Ingredion’s leading position and innovation capabilities. “Through their industry leadership, PureCircle has created outstanding customer relationships, which we look forward to building upon in the future,” DeLio said.