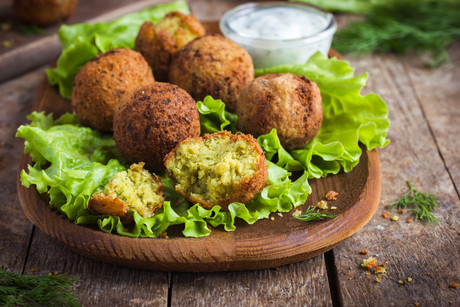 Plant-based foods have been continuously developed to accommodate the growing vegetarian and vegan market, but which country is leading the charge? Despite being stereotypically known for its sausages, Germany was responsible for 15% of global vegan product launches between July 2017 and June 2018.

Mintel research has revealed that although the UK followed closely behind with 14% and the USA with 12% share of global launches, Germany has continued to be a leading force in the ‘vegan revolution’ over the past few years, and this looks set to continue.

Vegetarian launches have seen a steady growth between July 2017 and June 2018, accounting for 11% of global product launches. Although this was lower for vegan products (5%), it experienced a growth of 175% from July 2013 to June 2018.

The expanding vegan market is particularly evident in Germany. Mintel found that during the last year, 14% of all product launches carried vegan claims, which is over triple the amount compared to five years ago (4%).

Katya Witham, Global Food & Drink Analyst at Mintel, suggested that this expanding vegan and vegetarian market does not necessarily mean people are turning away from meat, but many are merely including more of these foods in their diet.

“Our research shows that stricter plant-based diets like veganism are still niche, while a much higher percentage of consumers are embracing ‘flexitarianism’. The majority of consumers are not giving up meat; they are making room for more vegan products as part of flexitarian dieting, opening opportunities for plant-based food and drink innovation. Moreover, the rapid growth of vegan products in Germany also reflects the rise of ethical consumerism, especially among younger consumers.”

According to Mintel, 20% of 16- to 24-year-old Germans purchased meat alternatives in the three months before taking part in the survey in 2017. There are a number of factors driving the increasing intake of plant-based foods, with the report revealing 50% of all German consumers believe that plant and animal proteins are equally nutritious and 17% think that plant protein tastes better. Witham said manufacturers should take this into account during product development.

“The appeal of products without animal-derived ingredients has extended far beyond the limited pool of steadfast vegans and vegetarians, carving a place within overall healthy and varied diets. Food and drink manufacturers would do well to incorporate vegan claims into wider health and ethical-related product positioning, serving the purpose of providing transparency and communicating product suitability to the widest range of consumers.”