Fresh or freeze-dried raspberries with your muesli? 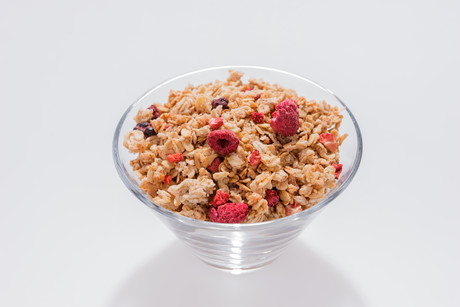 When freeze drying, the objects containing water are frozen and placed in a vacuum chamber. Under low pressure heat is added, which sublimates the frozen water (ie, it transitions from a solid to a gaseous state). The dehydrated, unchanged structure of the material remains and this is why freeze-dried fruits such as raspberries in muesli look and taste fresh. Now a team of scientists has examined the freeze-drying process in detail and their findings could lead to a more efficient process in the future.

With the help of neutron beams from the Heinz-Maier-Leibnitz (FRM II) research neutron source, scientists at the Technical University of Munich (TUM) and the Otto von Guericke University observed the direct transition from ice to water vapour during the freeze drying of particles in an experiment. The team has thus gained a method of testing theoretical models in practice.

While prior research has provided theoretical models about the freeze-drying process, “no-one has experimentally investigated the pattern according to which the ice in particles actually sublimes”, said Sebastian Gruber, lead author of the study and doctoral candidate in food technology at TUM. Researchers are particularly interested in the sublimation front (the area in which the ice vaporises) and have used a neutron radiography instrument (ANTARES) to provide the prerequisites for the experiment, because neutrons make water visible.

Using neutron radiography, tomography and the resulting 2D and 3D images, the scientists revealed that the ice sublimates from the particles of their sugar sample in a radial manner, and in a planar from the ground towards the centre of the bed. 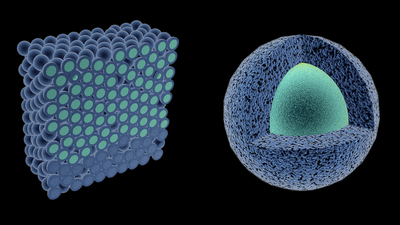 Freeze drying of maltodextrin particles (dark blue = sugar matrix; turquoise = ice): the radial drying front in the particles runs from the outside to the inside. The planar drying front runs from bottom to top. Image credit: W. Schürmann/TUM.

“Our aim is to further advance the research on the freeze-drying process in order to create better process conditions in the future. Because if the particle size, pressure or temperature cannot be coordinated in an ideal manner during sublimation, this can lead to a structural collapse and thus a loss in quality or efficacy,” Gruber said.

The food industry is currently trying to counteract these undesired phenomena with longer drying processes. The behaviour of the sublimations front, which has been experimentally confirmed for now, could contribute to reducing the time taken and thus save energy. The research findings have been published in Chemical Engineering Science.