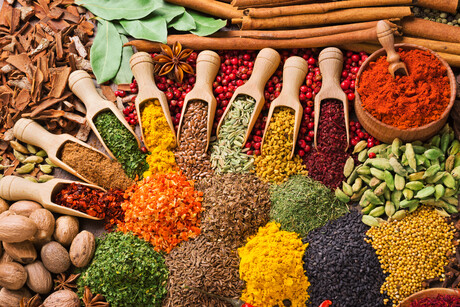 The European Commission has conducted research into the purity of herbs and spices sold within its borders in a bid to fully understand the possibility of fraudulently supplied products.

The research revealed that there is often a large discrepancy between what consumers and buyers think they are getting compared to what is actually delivered. In fact the study, which was carried out by 21 EU states along with Switzerland and Norway, found that almost one in five herbs and spices was adulterated or otherwise materially modified in some way.

Oregano was deemed in the report to be the product most vulnerable to fraudulent practices, with half of samples being padded with olive leaves. Pepper, cumin, curcuma, saffron and paprika were the next most vulnerable samples.

The herbs and spices were modified from their expected contents in a number of ways. The report said in some cases material was added to the products but in an undeclared way. Disconcertingly, though, other cases involved material being added that was not approved for use in foods.

The study was conducted using 1885 samples and a majority of them contained some amount of undeclared plant material while one in 50 had unauthorised dyes. Of most concern was that a single sample included a high level of the dangerous and carcinogenic chemical lead chromate.

The report noted that although a large percentage of herbs and spices are imported into the European Union each year, it was not possible to place the blame on any specific country or link in the supply chain.

The study can be read online here.

Tismor will soon make the Kfibre ingredient available to its customers after it signed an...

The two new varieties of strawberries, with an intense flavour and intriguing appearance, will be...

The functional ingredients are now certified as having no forbidden substances under Islamic law.

The Smart Behind Separations: GC 2400 Platform with Detachable Touchscreen