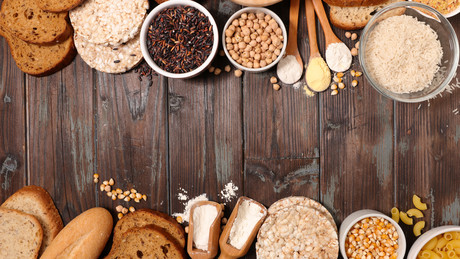 Gluten sensitivity is becoming increasingly prevalent, with some people who have not even been diagnosed with a wheat-related medical condition reportedly feeling better when they don’t eat gluten-containing foods. Researchers reporting in the ACS Journal for Agricultural and Food Chemistry have shown that a popular modern variety of wheat does not impair gastrointestinal health in mice compared with heirloom wheat.

Consuming wheat leads to gastrointestinal distress and inflammation for people with coeliac disease and other forms of gluten sensitivity. However, little is known about the effect of consuming wheat for healthy people. Researchers have speculated that selective breeding of wheat could have altered the grain in a way that negatively affects gut health.

A variety known as ‘Turkey’ was the major wheat grown in the US between the late 1800s and the 1940s. Selective breeding then led to new types of wheat with higher yields and resistance to pests and pathogens. The ‘Gallagher’ variety, introduced in 2012, is now one of the most widely grown bread wheats in the US Great Plains region. Researchers investigated whether consuming the modern Gallagher variety would increase gastrointestinal problems in healthy mice, relative to a blend of two heirloom wheats — Turkey and Kharkof.

To simulate a Western-type diet, which has been linked to chronic inflammation and disease, researchers fed mice chow that was high in sugar and fat. Then, they added either heirloom or modern wheat to the food, at a level similar to normal-to-high human consumption.

Signs of gut inflammation were similar between mice fed the heirloom and modern varieties, although heirloom wheat slightly reduced levels of the pro-inflammatory cytokine interleukin-17. Modern Gallagher wheat improved the structure of villi — finger-like projections that absorb nutrients — in a region of the small intestine, compared to heirloom wheat. The findings revealed that a modern wheat variety did not compromise gut barrier function or contribute to inflammation in healthy mice compared with its heirloom predecessors.

The full report is available here.