Omega-3 - healthy, no matter what?

Norway is one of the countries responsible for the production of fish oils and omega-3. Over 40% of the world’s omega-3 oils in food and food supplements originate there. 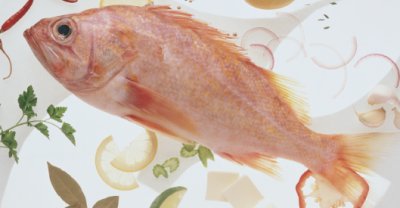 “Consumers, the authorities and the industry are all interested in knowing more about how omega-3 from different products is absorbed into the body, as well as what kind of requirements should be stipulated in terms of freshness,” says Livar Frøyland, Head of Research at the National Institute of Nutrition and Seafood Research (NIFES).

An omega-3 project is being carried out jointly by NIFES, the Department of Nutrition at the University of Oslo, Uppsala University and the Centre for Clinical Studies Bergen. The project has received funding under the Research Council’s Food Programme: Norwegian Food from Sea and Land.

In this project, Frøyland and his colleagues are trying to find out if it is healthier to eat fish rather than ingest special products to which omega-3 has been added, or if it is best to take a spoonful of Norwegian cod’s liver oil as opposed to taking other kinds of omega-3 supplements.

In addition, the project will examine the potential negative health effects of rancid fish oil. While it would seem obvious that fresh fish oil is healthier than old, rancid oil, the actual effects have never been adequately documented.

“Rancid fish oil smells bad and tastes so awful that no-one would want to swallow it. But if the fish oil is in capsules, it is impossible to smell if it is rancid or not. That is why it is important for us to examine whether rancid fish oil is less beneficial to health, or, at worst, harmful to anyone who takes it,” asserts Frøyland.

“The health authorities need independent documentation in order to be able to issue advice on the types of fish oil that are beneficial to health and those that may have negative health impacts,” he adds.

When the cell membrane is exposed to oxidation, a type of molecule is released in the capillaries. Frøyland explains that these molecules can be traced in the blood, thus serving as biomarkers that indicate whether the antioxidant level has been reduced.

As a prelude to trials using mice and humans, the University of Oslo carried out a preliminary trial to examine the impact on cells of different sources of omega-3. One of the sources used in the tests was juice to which omega-3 and antioxidants from the company Smartfish had been added.

“The tests show that fish oil from capsules caused oxidation of the cell membrane, even when antioxidants had been added and when the capsules still had over a year left before their expiration date. Juice containing omega-3, on the other hand, produced no oxidation,” explains Janne Sande Mathisen, R&D Director at Smartfish.

The fish oil in Smartfish products comes from the company Marine Harvest Ingredients and is manufactured from the discards from salmon production - within an hour of the salmon being slaughtered. According to Mathisen, consumers are growing increasingly concerned with eating food that is as fresh as possible and they believe that the health benefits should be documented by independent researchers.