Two and a half decades since its launch, the Maggi 2 Minute Noodles product still dominates the instant noodles market in India. The Nestlé brand’s runaway success can be regarded as quite a feat, especially in a country where most packaged products struggle to make their presence felt. 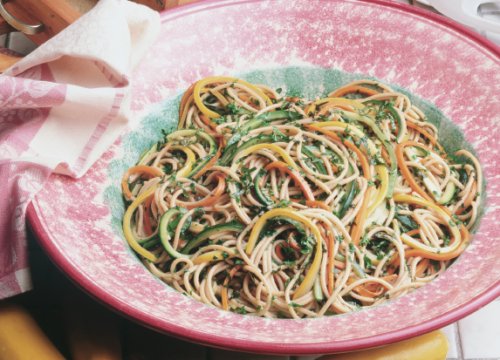 Taking a cue from Maggi’s success, a number of manufactures launched their own instant noodles in the early 90s but failed to create a dent in its market share. Even today, Maggi has a market share of over 70%, despite the presence of a number of other brands. This decade-old dominance, however, is set to be shaken up.

Apart from a couple of new launches by independent instant food manufacturers, the last two years have also seen the entry of organised retailers and FMCG majors in this market. While Hindustan Unilever and GlaxoSmithKline (GSK) recently extended their Knorr and Horlicks brands into the noodles category, ITC is speculated to be launching its own instant noodles under the Sunfeast brand. Amidst this jostle for market share, the lure of better margins have pushed organised retailers to go as far as reducing shelf space for FMCG brands to make space for their own private labels.

So what’s behind this sudden rush of interest in such an age-old product? “These launches represent a smart move by manufacturers to capitalise on the fundamental shifts in socio-economic patterns of the Indian society, rather than a ‘me-too’ strategy. The manufacturers are trying to tap the potential this change has to offer,” answers Ankit Bansal, consultant with Datamonitor’ consumer markets team.

According to Datamonitor estimates, the instant noodle market in India is worth over Rs 1300-crore and is growing at a phenomenal rate of over 17-20% per year. “Chief reasons responsible for this growth include a rise in the number of working professionals living away from parents, lack of time, and the premium placed by consumers on convenient food options,” says Bansal, based in India.

One key reason for instant noodles always being a hit with the Indian consumers is the ease and speed with which it can be cooked. Some manufactures have further enhanced the convenience quotient by coming up with innovative packaging that does away with the need for a cooking stove and utensils. Noodles sold in a cup can be eaten right away after adding hot water; perfect for on-the-go consumption.

Apart from the traditional positioning for kids, manufacturers are now targeting the adult consumers as well by leveraging on the convenience aspect, which has become more important given the changing employment patterns. Over the last decade, Indians have relocated to satellite towns and tier-2 cities in search of better job opportunities. This, coupled with increasing employment of women in the workforce, has led to a manifold increase in households with no parents at home to act as caretakers.

As a result, working couples and bachelors alike, who lack the time and skills to cook for themselves, seek refuge in ‘ready to cook’ food offerings. Consequently, noodles, which so far have served primarily as a snack for relinquishing between-meal hunger pangs, are now being adopted as a complete meal in themselves.

Given the increasing competition, manufacturers are constantly innovating with their product offerings to stay abreast of changing consumer psychographics. Even the market leader Nestlé has adapted itself with time to maintain its robust sales growth.

The best example is the launch of whole wheat ‘Atta Maggi’, a variant to avert health-conscious mothers from switching brands or even giving up the purchase of noodles altogether in favour of healthier food choices for their kids.

Playing on this trend, there have been numerous attempts by marketers to ride on the ‘health and wellness’ wave that has swept the urban Indian consumers. Foodles from Horlicks is a step ahead of other brands in market and claims to have a multi-grain formulation fortified with vital nutrients. It remains to be seen, however, if the likes of Foodles can grab a sizable share of the market by banking on the ‘health food’ image, in a category which so far has only been an indulgent snack. Bansal is a bit skeptical of Foodles’ potential for success.

He states, “Foodles will do well only as long as consumers accept and like its taste, especially that of the multigrain variety. Though healthier alternatives have been doing well, the flagship curry-flavoured ‘Maida’ noodles are still the largest-selling variant by a huge margin.”

There is certainly a lot of scope for new and exotic flavours though, that can appeal to different ethnicities in India. “New flavours are likely to see greater adoption among working-class consumers, who are open to experimenting with new cuisines and have also adopted noodles as a regular meal item. Moreover, taste differentiation is the only practical option for independent players who are unable to compete either on marketing prowess or selling price,” concludes Bansal.

Growth opportunities for noodles are not restricted to urban areas alone, as several FMCG companies have increased their reach in the rural markets as well. Nestlé already targets rural/semi-urban markets with a low-priced iron-fortified variant of Maggi noodles.

Thus, to sum up, the competition in this space is set to sizzle, while providing diverse consumer segments with an ever-increasing set of options to suit their unique preferences.