Who knows their bugs? 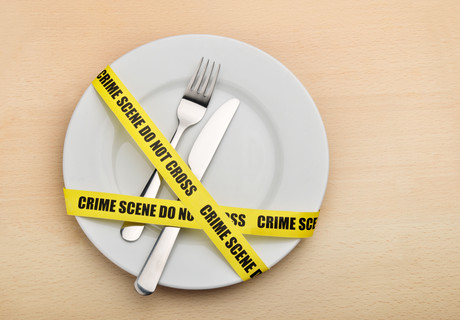 Outbreaks of food poisoning have resulted in product recalls, illnesses and even deaths. So are we educated enough about food poisoning and do we truly understand the importance of food safety? Research from the UK and New Zealand suggests there is still more to be done in this area.

The seriousness of food safety is made apparent by the number of foodborne outbreaks worldwide. 21 people became ill with Salmonella Havana linked to alfafa sprouts in South Australia, at least 183 South Africans have died after eating Listeria-contaminated polony and nine deaths have been caused by an outbreak of Listeria from frozen vegetables in Europe.

Surprisingly, food poisoning was not the highest food safety concern (28%). Instead, the survey found 33% of consumers were concerned about food hygiene when eating out, 30% about chemicals from the environment such as lead in food and 29% about food additives.

It found that Salmonella and E. coli are the most known types of food poisoning, capturing the awareness of 91% and 85% of consumers respectively. Norovirus (56%), Listeria (51%) and botulism (46%) also featured near the top of the list, but despite being the most common cause of food poisoning in the UK, only 24% of respondents were aware of Campylobacter.

Respondents perceived raw chicken or turkey to be the most likely source of food poisoning (79%), followed by shellfish (55%), reheated takeaway food (46%) and eggs (37%).

Bacteria doesn’t change the appearance or smell of food, but there are a number of ways to reduce the risk of food poisoning. Consumers believed that the best way was cooking food thoroughly, but the survey found that awareness of hygiene standards when eating outside the home is 82%, which is a 4% decrease since May 2017. Just under half of respondents were concerned about food safety in UK restaurants, pubs, cafes, takeaways, shops and supermarkets.

According to the survey, consumers trust accurate food labels, food producers and the FDA to uphold safety standards. Of the 79% of respondents aware of the FSA, 69% trusted it to do its job and 72% trusted it to provide truthful information.

Drawing on a telephone survey with 900 business decision-makers, an online survey with 193 food safety staff and 20 qualitative interviews with business decision-makers, the research looked at six dimensions of food safety culture. These were: leadership; managers demonstrating visible commitment; accountability; sharing practice and knowledge; following best practice and understanding; and confidence.

“Food safety must be treated as a way of doing business and not just something that is discussed at a weekly meeting,” said the Chair of the FSAAC, Michael Ahie. “This initial research provides a baseline that will be valuable for tracking improvements over time.”

The research revealed that 95% of businesses said they had policies in place to identify and deal with food safety risks, but only 69% had specific food safety goals and key performance indicators.

Customer safety was also a top priority, and three quarters of employees said there was good leadership which visibly showed support for food safety.

However, the research found that there needs to be more shared responsibility across the supply chain, better communication from managers and more reward programs. Only 3% of food businesses reported data on their food safety performance back to their employees and 13% had a formal reward system for staff who identified problems.

New Zealand Food Safety’s Director of Food Regulation, Paul Dansted, said most food businesses “have an inherent sense of pride in what they are doing and are motivated to build and maintain a good reputation for their business”.

While there is an overall strong commitment to food safety, he said the research helps identify potential areas for improvement. New Zealand Food Safety plans to release a food safety guide this month aimed at boards, directors, chief executives and business owners.

Whether the responsibility falls on the business or the consumer, these pieces of research highlight there is room for improvement in regard to upholding food safety and minimising the risk of illnesses.