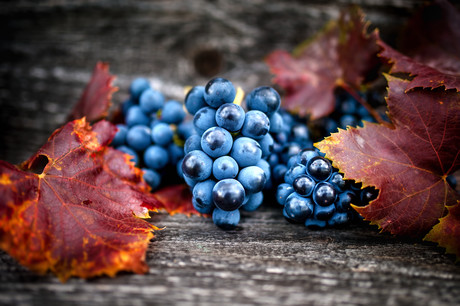 Wine has been a staple alcoholic drink for thousands of years, but it appears we have not been utilising the whole grape in the winemaking process.

With the seeds, stalks and skins of the grapes all considered ‘waste’ products — known as pomace — about a quarter of each grape ends up in landfills. According to the Food and Agriculture Organization of the United Nations, every year the global wine industry produces about 14 million tons of pomace, and this can result in a number of environmental problems.

It can cause surface and ground water pollution caused by the pesticides and fertilisers on the grapes, and over a long period of time it will facilitate the spread of disease via flies.

Pomace can be used as a fertiliser, and some winemakers have soaked grape skins in water to produce a weaker ‘second wine’. Changmou Xu, a research assistant professor at the University of Nebraska-Lincoln, led a team of researchers in an attempt to find other ways to upcycle grape waste, with potential applications in the food industry.

Xu explained that re-using pomace would not only reduce the environmental pollution, but it could also increase the economic value of the grape and wine industry.

Pomace is high in natural antioxidants, such as proanthocyanidins, anthocyanins and ellagic acid, which protect against the by-products of oxygen metabolism that can harm the body. Therefore, it has applications in dietary supplements, pharmaceuticals and cosmetics.

“We are also developing some applications in food, aiming to substitute artificial antioxidants with natural antioxidants from grapes for a ‘clean label’ food with only natural ingredients,” Xu said.

Xu’s team is developing technologies to extract and separate antioxidants from the grape waste and remove any pesticides.

Adding these antioxidants to fatty foods such as mayonnaise and ranch dressing extended the shelf life of these foods, especially when exposed to high temperatures. In a previous study, Xu and his team reduced acrylamide, a chemical formed in high-temperature cooking, in potato chips by 60% using an antioxidant from pomace.

“We are continuing to enhance efficiency of this inhibition and aim to make the phenolic compounds’ performance comparable with that of ethylenediaminetetraacetic acid (EDTA), which is an artificial antioxidant,” Xu said.

EDTA can be safely added to foods, cosmetics and medicine, but with consumers increasingly demanding more natural ingredients with fewer artificial additives, EDTA does not meet these needs. Instead, Xu suggested that grape pomace may be the natural ingredient that is considered more label-friendly and appealing to consumers.

It may also help protect against foodborne pathogens like E. coli and Salmonella, and the team are researching how it may be used as a supplement for sows to help gut health, survival and growth.

The research was presented at the 255th National Meeting & Exposition of the American Chemical Society (ACS).