MSG instead of salt, study reveals how it could benefit 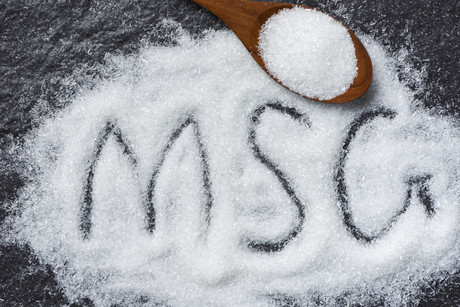 Results from a study published in the journal Nutrients reveal that glutamates such as monosodium glutamate (MSG) can be used to reduce sodium in the food supply. With data from the National Health and Nutrition Examination Survey (NHANES), the study analysed American diets and estimated the reduction in sodium if glutamates were used as a partial replacement for sodium in certain food categories, revealing that substituting glutamates for salt can reduce sodium intake by up to 7–8%.

The research indicates that by using glutamate as a salt substitute in products like cured meats, meat-based frozen meals, soups and crackers, consumers will likely benefit from a reduction in sodium. Other research indicates that reducing salt on its own causes a decrease in consumer acceptance of the product; glutamate’s umami taste makes it an adequate salt substitute without sacrificing taste.

Using the data set from those enrolled in NHANES between 2013–2016, including 16,183 subjects aged 1 year and older, researchers established average sodium consumption and established sodium reduction using glutamate. Researchers found that substituting glutamate in certain food categories can reduce sodium content by 3%, while substituting glutamate in at least one product category typically higher in sodium (like red meats) further reduced sodium intake by 7–8%.

The 2015–2020 Dietary Guidelines for Americans recommended consuming less than 2300 milligrams (mg) of sodium per day, as high sodium intake can raise blood pressure — a major risk factor for cardiovascular diseases. The National Academies of Sciences, Engineering, and Medicine’s 2019 Dietary Reference Intakes for Sodium and Potassium report supports the study’s findings, referencing MSG as a tool to reduce sodium.

Much of the sodium in our diets is derived from restaurant meals and packaged foods. “MSG can be used to reduce sodium in these foods without a taste trade-off. MSG contains about 12% sodium, which is two-thirds less than that contained in table salt, and data shows a 25–40% reduction in sodium is possible in specific product categories when MSG is substituted for some salt. As consumers begin to understand that MSG is completely safe, I think we’ll see a shift toward using the ingredient as a replacement for some salt to improve health outcomes,” said Dr Taylor C Wallace, lead researcher in the study and Adjunct Professor in the Department of Nutrition and Food Studies at George Mason University.

A study by Massey University has found that gymnema sylvestre mint, a plant compound, can...

Researchers have found that native stingless bee honey contains a rare form of sugar with a lower...

Efficient and secure: how data management of the future supports safer work practices