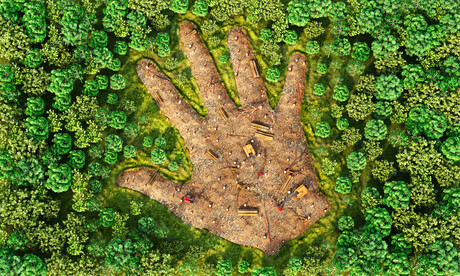 Replacing a fifth of the world’s beef production with microbial protein could halve deforestation and reduce carbon emissions, according to German and Swedish scientists from the Potsdam Institute for Climate Impact Research (PIK).

Microbial protein is a substance produced through fermentation and involves cultures of microbes grown in an environment with a stable temperature and fed on a sugar diet. It can be processed into a meat-like substance that has a texture and taste similar to beef, making it a suitable replacement for regular bovine burgers.

The PIK researchers used a computer simulation to understand how using microbial proteins would impact the world’s food and agricultural system. The consumption of beef is expected to increase in the future, with deforestation being driven by the expansion of farms, so the researchers wanted to see how these factors could change in an altered food system where the amount of beef eaten was only partially reduced.

“The substitution of ruminant meat with microbial protein in the future could considerably reduce the greenhouse gas footprint of the food system,” said Florian Humpenöder, researcher at PIK and the lead author of the study. “The good news is that people do not need to be afraid they can eat only greens in the future. They can continue eating burgers and the like, it’s just that those burger patties will be produced in a different way.

“We found that if we substituted 20% of ruminant meat per capita by 2050, annual deforestation and CO2 emissions from land-use change would be halved compared to a business-as-usual scenario.

“The reduced numbers of cattle do not only reduce the pressure on land but also reduce methane emissions from the rumen of cattle and nitrous oxide emissions from fertilising feed or manure management. So replacing minced red meat with microbial protein would be a great start to reduce the detrimental impacts of present-day beef production.”

The scientists realise that more work needs to be done to assess the viability of widespread microbial protein production, such as how to power its production renewably. The scientists are confident though and think that with its adoption meat lovers will be able to embrace the change and help protect the environment.

The study was published in Nature.