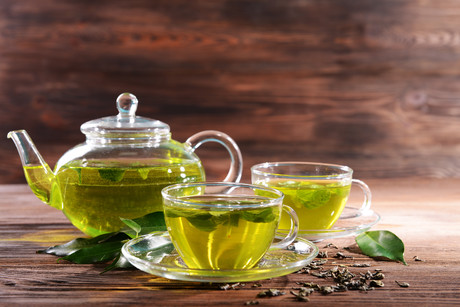 Green tea has been praised for its health benefits, but the EU raised concerns that green tea extracts may actually cause liver problems.

Green tea contains a large amount of catechins — the most abundant of which is epigallocatechin gallate (EGCG) — which are natural antioxidants that previous research has suggested could provide a number of health benefits, including boosting metabolic rates, improving mental health and helping to protect against bacteria and viruses. However, this does not necessarily mean it is safe.

After Nordic countries expressed concerns over cases of liver damage that may have been associated with green tea products, this prompted the European Food Safety Authority (EFSA) to assess the safety of green tea infusions and food supplements. It found that while infusions and drinks tended to be safe, food supplements may pose health concerns.

This is because green tea infusions provide a lower daily intake of EGCG (90–300 mg/day) compared to the 5–1000 mg/day that daily food supplements provide.

Therefore, the catechins from green tea infusions used in hot beverages were considered by the EFSA experts to be safe as they did not appear to cause liver damage even after high consumption.

“Rare cases of liver injury have been reported after consumption of green tea infusions, most probably due to an idiosyncratic reaction,” stated the EFSA assessment.

For supplements, on the other hand, EGCG doses at 800 mg/day and above were associated with initial signs of liver damage. The panel could not determine what constituted a safe dose as supplements below 800 mg/day up to 12 months did not show any liver damage, but there were some conflicting statistics.

The assessment said, “Hepatotoxicity was reported for one specific product containing 80% ethanolic extract at a daily dose corresponding to 375 mg EGCG.”

Catechins in green tea extracts used in food supplements may also be more concentrated, and when it is for slimming purposes, it may be taken in a single dose while the adult is fasting. This is therefore likely to be deemed unsafe compared to the consumption of catechins from green tea infusions, which are often consumed alongside food and spread throughout the day.

The EFSA came up with a number of suggestions to help improve consumer protection in the future. These included further studies into the effects of green tea catechins, introducing maximum limits on certain alkaloids that may contribute to liver damage and clearer labelling of green tea products (in particular food supplements) regarding catechin content.

While this assessment does not encourage consumers to steer clear of green tea in the future, it is suggesting to be more cautious with the dose and method of consumption. In this case, you can have too much of a good thing.