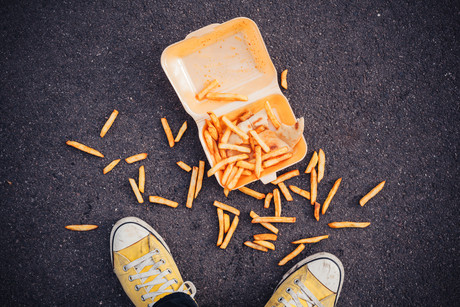 Consuming foods high in trans fatty acids (TFAs) can have a negative impact on your health, which has prompted several policies to be implemented worldwide to limit its availability in the food supply. Rutgers School of Public Health Professor Shauna Downs aimed to determine how successful these TFA policies have been.

Trans fatty acids have been known to cause heart disease — the world’s biggest killer — which is why the World Health Organization has been very vocal over the past few years about banning them. However, many governments are sceptical about the effectiveness of a ban and instead have chosen to implement voluntary self-regulations, limit TFAs in foods or adopted mandatory labelling policies. Published in Current Developments in Nutrition, Professor Downs’s review identified that banning trans fats would be the most effective global health intervention.

After reviewing literature from 2000 onwards and taking into account the impact of global TFA policies, Professor Downs found that all TFA policies — including mandatory and voluntary — resulted in the reduction of trans fat consumption. While voluntary policies lowered trans fat intake by 20–38% and labelling helped reduce consumption by 30–74%, trans fat bans had the most impact, almost completely eliminating it.

Trans fats come from foods that are made using industrially produced partially hydrogenated oils (PHO), such as fried and bakery goods. With consumers increasingly on the go, the intake of these low-cost fast foods is increasing, which is contributing to the risk of cardiovascular disease.

Banning the use of TFAs would result in a number of health and economic benefits, according to the review, with the study authors stating, “Overall, the modeling studies indicated that TFA bans would reduce heart disease risk, benefit socioeconomically disadvantaged populations the most, and be cost-saving.”

Policies that attempt to reduce the amount of TFAs available to the public have been successful so far, and are expected to continue to reduce the risk of disease. In 2003 Denmark became the first country to ban TFAs, and others have begun to follow suit, with Canada planning to enforce a ban by September 2018. The United States has also shown significant progress in the reduction of TFAs in the food supply with mandatory labelling, but some foods continue to contain high levels of it.

“This study highlights the need for countries such as the United States to move forward with stronger trans fat regulation,” Professor Downs said.

Perhaps stricter global policies are needed to reduce the amount of TFAs available to consumers and prevent cardiovascular problems.