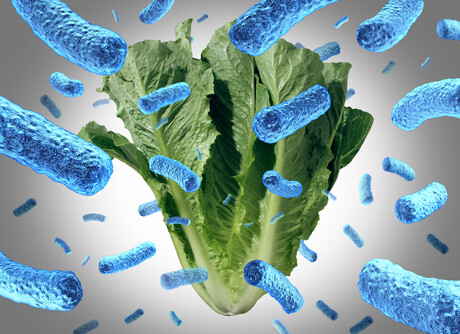 The U.S. Food and Drug Administration (FDA) has released the findings of an investigation into three outbreaks of E. coli O157:H7 illnesses, which began in the US in September 2019 and were declared over in January 2020. The outbreaks were all tied to romaine lettuce, and the findings suggest the proximity of cattle to produce fields may have been a contributing factor.

The FDA worked with the Centers for Disease Control and Prevention (CDC) and state partners to investigate the contamination. Some clusters (but not all) within each of these outbreaks were traced back to a common grower with multiple ranches/fields located in the Salinas, CA, growing region. Together, the outbreaks made 188 people ill.

During the course of on-farm investigations, one of the outbreak strains of E. coli O157:H7 was detected in a sample on public land less than two miles (3.2 km) upslope from a produce farm with multiple fields that were identified during the traceback investigations. Other Shiga toxin-producing strains of E. coli (STEC) were found in closer proximity to where romaine lettuce crops were grown, including two samples from the border area of a farm immediately next to cattle grazing land in the hills above leafy greens fields and two samples from on-farm water drainage basins.

While these strains were not tied to the outbreaks, they do offer insight into the survival and movement of pathogens in this growing region. These findings, together with the findings from earlier leafy greens outbreaks, suggest that a potential contributing factor has been the proximity of cattle to the produce fields identified in traceback investigations. This is especially true when cattle are adjacent to and at higher elevations than produce fields.

In the report, ‘Investigation Report: Factors Potentially Contributing to the Contamination of Romaine Lettuce Implicated in the Three Outbreaks of E. coli O157:H7 During the Fall of 2019’ the FDA is now calling on leafy greens growers to assess and mitigate risks associated with adjacent and nearby land uses, including grazing lands and animal operations.

It suggest a focus on prevention with the following mitigation strategies:

These and other recommendations are contained in the 2020 Leafy Greens STEC Action Plan the FDA released in March of this year.

The FDA is planning to launch details about its New Era of Smarter Food Safety initiative later this year. The initiative will also be focused on prevention and plans to use advances in technology to improve the FDA’s ability to track and trace products through the supply chain.