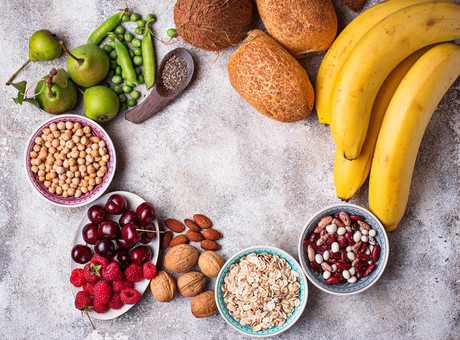 A study carried out by Washington University School of Medicine in St. Louis and published in the journal Cell reveals that certain human gut microbes thrive when fed specific types of ingredients in dietary fibres. The study analysed mice colonised with human gut bacteria and measured nutrient processing using new technologies. Findings from the study could help develop more nutritious foods based on a strategy of targeted enrichment of key members of gut microbial communities.

Certain fibres are attributed to increasing the number of beneficial microbes in the gut. The researchers developed artificial food particles that allow them to measure how different fibre types are processed by human gut bacteria as the fibres transit through the mouse intestine.

The artificial food particles consist of magnetic beads with fibre molecules coating the surface. Different coloured fluorescent labels allow the researchers to track which fibre type is attached to which bead. 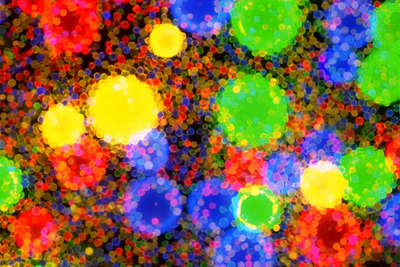 In an effort to understand which types of fibre promote the function of beneficial microbes in the human gut, and the nature of their active ingredients, researchers screened 34 types of fibre, including fibres often discarded during food manufacturing, such as fruit and vegetable peels and grain husks.

Mice raised under sterile conditions were colonised with a collection of gut bacteria species that had been cultured from a healthy human. The genomes of these organisms were sequenced to inventory their genes. Groups of mice with the model human gut community were fed a base human diet high in saturated fats and low in fibre. Researchers then screened 144 derivative diets containing different types and amounts of fibre supplements, monitoring the effects of the added fibres on levels of members of the model gut community, as well as expression of the proteins encoded by their genomes.

Through this, researchers identified food-grade fibres that selectively affected different species belonging to a group of bacteria known as Bacteroides. “Our experiments showed that in pea fibre, the active molecular constituents included a type of polysaccharide called arabinan, whereas in citrus pectin recovered from orange peels, another type of polysaccharide called homogalacturonan was responsible for expansion of the bacteria,” said Michael L Patnode, PhD, a postdoctoral researcher in Gordon’s lab.

Certain interactions between gut bacterial species help to explain the selective effects of fibres on Bacteroides species. Some of the Bacteroides in their community directly compete to consume components of dietary fibres, while others defer to their neighbours. Researchers intend to understand these relationships to develop foods that are optimally processed by different microbial populations in the gut.

“These artificial food particles acted as biosensors, allowing us to decipher how inclusion or omission of Bacteroides influenced the community’s ability to process the different polysaccharides present on the different beads. Moreover, we were able to monitor fibre degradation in different diet contexts,” Patnode said.

Food particles containing nutrients could be used as biosensors to define the functional capabilities of a person’s microbial community, but could also help food scientists develop methods to produce foods with health-promoting bioactive fibre components.

BHP to reduce emissions from electricity use in Qld by 50%