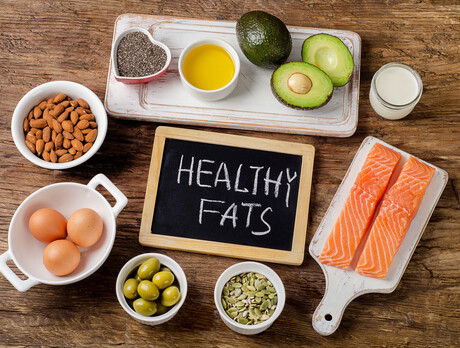 A team of researchers from the University of Connecticut, Yangtze University and Hainan University is using an emulsification technique to mix oil and water to produce shelf-stable healthy fats for food manufacturing.

“The cool thing is we have food-grade, edible nanoparticles in this system,” said Yangchao Luo, one of the researchers working on the project. “We are trying to extract and purify those nanoparticles from the food and then reuse them in this type of emulsion structure so they can provide maximised nutrition benefits and also food quality to the consumers.”

The researchers have worked to figure out the correct balance of oils and nanoparticles to prevent an odd texture. They also recently published a study to determine the appropriate cooking temperature and pH to use the emulsifications. The solid oil mixtures can be cooked at a temperature of 80°C and a pH of four to five is best.

“If you have too much oil there, the gel may be very rigid and hard for chewing,” Luo said. “But if there’s too little, it may be quite flowable, so it doesn’t mimic the solid fat texture.”

Oxidation has also proved problematic, but it was found that the addition of antioxidants like vitamins E and C would help to reduce it. Oxidation leads to rancidification of the oils, which leaves them with an unpleasant and acrid flavour that’s unsuitable for food processing.

The researchers are working to make the HIPE gels shelf-stable, including being able to be frozen and thawed, and they want to make sure that sodium in food products doesn’t destabilise the emulsions. 3D printers are also being considered as a way of adding extra nutrients to the HIPEs.

“We’re hoping in the near future we can really make this by 3D printing and putting different nutrients together so we can personalise this product for different populations,” Luo said.

The full study was published in Food Hydrocolloids.