Ever heard of the food allergy FPIES? 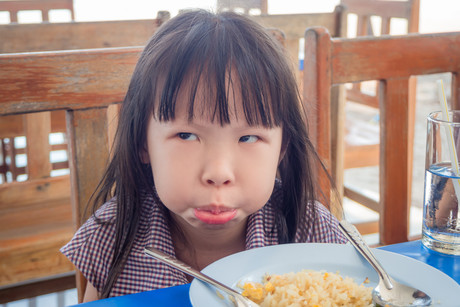 Most of us, including medical professionals, have never heard of FPIES and so this poorly understood food allergy is often misdiagnosed.

One to four hours after eating the trigger food the children present with symptoms including profuse vomiting, pallor and lethargy, hypotension, hypothermia, diarrhoea, neutrophilia and thrombocytosis.

Lack of awareness of FPIES means these children are often misdiagnosed as suffering sepsis or gastroenteritis.

No blood test exists for FPIES, and the treatment in an acute setting is fluid replacement, with ondansetron also believed effective. Long-term management involves confirming diagnosis via a food challenge, and avoidance of identified trigger foods.

The FPIES Foundation explained that FPIES is a non-IgE food allergy, which, unlike classic food allergy, cannot be diagnosed with readily available food allergy tests such as a skin prick test (SPT) or a blood test that measure food IgE antibodies (RAST). These tests are helpful to identify triggers for typical food allergies that result in immediate hives, wheezing and swelling, and are characteristically negative in FPIES. An FPIES diagnosis is usually made by considering the history of the characteristic symptoms and exclusion of various alternative illnesses.

“Diagnosis is often hampered by the lack of awareness of FPIES, absence of reliable biomarkers, the non-specific nature of the presenting symptoms, and the delay between allergen exposure and symptoms,” according to Dr Sam Mehr, a paediatric immunologist and allergist at Royal Melbourne Hospital, and Professor Dianne Campbell, Chair of Paediatric Allergy and Clinical Immunology at the University of Sydney, and Children’s Hospital, Westmead.

“It is likely that improved understanding of the immunological basis of FPIES will, in the future, facilitate the development of a sensitive and specific biomarker,” Mehr and Campbell concluded. “Until that time, use of standardised diagnostic criteria, improved recognition, timely fluid resuscitation, avoidance of trigger foods, and education form current best practice.”

Mehr and Campbell’s narrative review has been published in the Medical Journal of Australia.