Could seaweed be the new vegan trend? 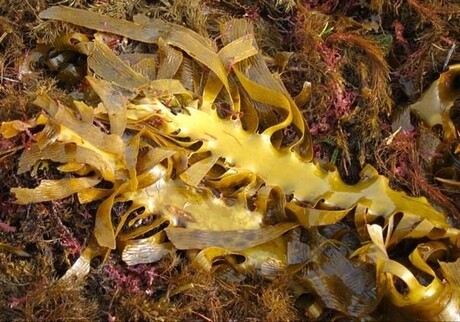 A new partnership hopes to latch onto vegan health food trends by developing new ingredients and food made from Australian marine bioproducts such as seaweed.

Now, the partnership has been given a new opportunity within the booming vegan market to turn beach-cast seaweeds into value-added commodities.

“Southern Australian waters host one of the highest diversities of macroalgae (seaweeds) in the world,” Professor Zhang said, pointing to abundant species such as brown algae in the genera Ecklonia, Durvillaea, Macrocystis and Sargassum, and green algae including Ulva spp (sea lettuce), Monostroma spp and Caulerpa spp (seagrapes), used to enrich soups, salads and other culinary treats around the world.

With macroalgal preparations and extracts now a common sight in health food stores and pharmacies, Professor Zhang says their bioactive compounds can have strong antioxidant effects and contain essential vitamins and minerals such as iodine, vitamin K, B vitamins, iron and zinc, which can promote gut, skin and brain health.

Flinders University said the global vegan market has been forecast to rise from US$12.69 billion in 2018 to US$22 billion by 2025, with a compound annual growth rate of 9.6%, built on rising awareness of the benefits of following a vegan diet.

Australia’s vast shoreline and pristine waters hold a myriad of untapped, renewable bioresources and opportunities to enter the international marine bioproducts market estimated to be worth more than $175 billion a year.

Founded at Beachport on South Australia’s Limestone Coast region in 1994, AKP is said to hold the only seaweed sustainable development licence in mainland Australia. The company produces organic fertiliser and cattle feed via a system able to expand into higher value materials for foodstuffs, industrial and medical products.

The company’s Chief Executive, Leo Lin, said the new project aims to provide AKP with the scientific expertise needed to attract investors and other partners, to produce the eco- and vegan-friendly seaweed functional foods and ingredients for both domestic and global markets.