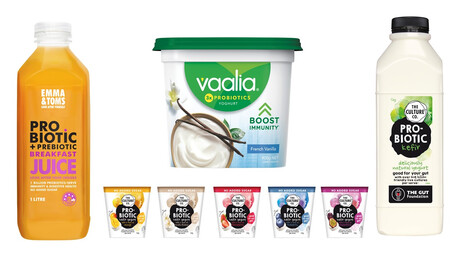 A study commissioned by global bioscience company Chr. Hansen has found that consumers are concerned about supporting their immune system and are actively looking for ways to do this through food. The study revealed that while most consumers know that probiotics may help support gut health, they didn’t realise that with up to 80% of the body’s immune cells located in the gut, probiotics may also have a positive impact in supporting immunity.

Chr. Hansen’s commercial development and senior scientific manager for Fresh Dairy, Dorte Eskesen, said while it had long been demonstrated through clinical studies that specific probiotic strains may help strengthen the immune system and support digestive health, consumer understanding was now catching up with the research.

“The fact that up to 80% of our immune cells reside in the gut resonated strongly with consumers who are increasingly seeing functional foods as a way to help maintain optimal health,” Eskesen said.

Eskesen said while the study was encouraging, there is a long way to go in educating consumers that the health benefits of probiotics are strain specific, with each strain offering health benefits in different ways.

Lactobacillus rhamnosus GG (LGG) has been studied in more than 200 clinical studies and described in more than 800 scientific publications to have a proven beneficial support to the gastrointestinal and immune system. Yoghurt manufacturer Vaalia recognises the value in using clinically studied, high-quality live LGG probiotics in its yoghurt, with other food manufacturers such as Emma & Tom’s juices using LC-431 in its probiotic juice and The Culture Co. including the gut-health support probiotic BB-12 in its products following the growth in consumer demand.

Eskesen predicts an increase in consumer demand for food manufacturers to include probiotics, but warns that they need to be used at around one billion live probiotics per serve to ensure a beneficial impact.