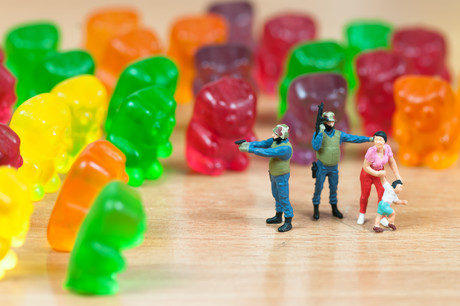 Advertising or marketing unhealthy products to children has been highlighted as an important factor influencing increasing obesity rates and health issues over recent years. Avoiding enticing treats advertised on supermarket shelves is not the answer, as the issue follows children into their homes. A recent study has revealed that during peak viewing times, children watch 2.3 times more adverts for 'discretionary' foods than healthy foods every hour.

Using a bespoke TV monitoring system, Associate Professor Lisa Smithers and her team from the University of Adelaide analysed 30,000 hours of television containing 100,000 food ads during 2016. This was based on the entire year of television ads from one commercial network in South Australia.

"This is the most robust data we've seen anywhere. It is the largest dataset ever used by health researchers for examining food advertising in Australia, and probably the world. Most research in this area is based on only a few days of data, and there are no Australian studies taking seasonality into account," Smithers said.

The research, funded by the Heart Foundation, revealed that children watching 80 minutes of television every day were exposed to over 800 unhealthy food adverts per year. The most prominent foods advertised included snack foods, crumbed/battered meats, takeaway/fast food and sugary drinks.

Seasonality was also proven to be an important factor, as junk food ads accounted for 71% of all food advertising in January — during summer holidays — falling to a low of 41% in August.

The visual cue of persuasive advertising encourages children to ask their parents to purchase these snacks, and therefore facilitates unhealthy eating. This leads to a range of health issues such as obesity and tooth decay.

Smithers explained, "Diet-related problems are the leading cause of disease in Australia, and the World Health Organization has concluded that food marketing influences the types of foods that children prefer to eat, ask their parents for and ultimately, consume."

So how do we regulate this? Other countries have applied certain restrictions — Norway has implemented junk food advertising bans and advertisers in France are required to publish healthy eating messages alongside unhealthy food. Advertising during children's TV programs in Australia is covered by the Children's Television Standards, but all other codes that attempt to limit children's exposure to unhealthy food advertising are voluntary.

Smithers said stricter regulations need to be put in place in Australia in order to successfully tackle obesity, and hopes this research is a step towards making that change happen.

"I would love to see the results of our research play a role in protecting children from the effects of junk food advertising," she said.

The system designed for the study used a digital television tuner attached to a computer, making it a versatile system that could help evaluate the impact of different policies.

The research was published in the Journal of Paediatrics and Child Health.