Call for reformulation of over-processed foods 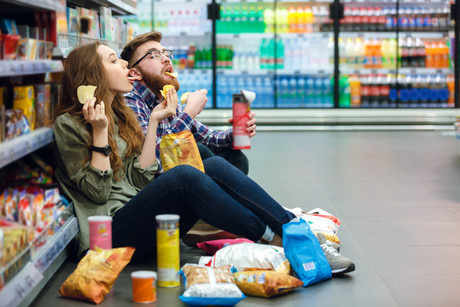 A study published in the Northwestern Medicine journal Nutrients revealed that Americans are overexposed to processed products that are high in energy, saturated fat, sugar and salt. Approximately 80% of Americans’ total calorie consumption comprises store-bought foods and beverages (packaged and unpackaged).

The study reports the United States packaged food and beverage supply in 2018 was ultra-processed and unhealthy. The study is especially timely as researchers struggle to gather real-time information of the ever-changing food supply in order to track and improve its healthiness.

The study aims to hold food and beverage manufacturers accountable by documenting their provision of unhealthy foods to consumers. By providing new information for consumers, researchers and policymakers, the study encourages food manufacturers to reformulate or replace unhealthy products. The study analysed over 230,000 products and found 71% of products such as bread, salad dressings, snack foods, sweets and sugary drinks were ultra-processed.

“Food and beverage products continuously evolve, and reports like these highlight opportunities to make critical changes within specific manufacturers or product categories to reduce saturated fat, salt and sugars,” said Abigail Baldridge, a biostatistician in the department of preventive medicine at Northwestern University Fienberg School of Medicine.

The study team, including researchers at The George Institute for Global Health in Australia, launched the US version of FoodSwitch, a free mobile phone app that allows consumers to scan packaged foods to determine their healthfulness.

Compared to other western countries like Australia, the US food supply is similarly healthy but more processed with higher median sugar and sodium content. Statistics from The George Institute indicate that 53% of the Australian packaged food supply comprises energy-dense and nutrient-poor products such as soft drinks, biscuits, chocolate, butter and salty snacks.

Australian adults get more than a third of their dietary intake from discretionary foods, with sausages, instant soups and fruit yoghurts all classified as ultra-processed foods under the NOVA food classification system, recognised by global health agencies including the UN Food and Agriculture Organisation. Approximately six out of 10 Australian packaged foods are ultra-processed, more than half are discretionary foods and only one-third are healthy, according to data from the George Institute.

It has been estimated that processed foods contribute to 80% of dietary sodium in Australia, with reduction of sodium use in the food industry identified as the primary approach to addressing this issue. The statistics above, alongside the study published in Nutrients indicate that food and beverage manufacturers need to stop adding unhealthy quantities of salt, sugar and harmful fat during processing.