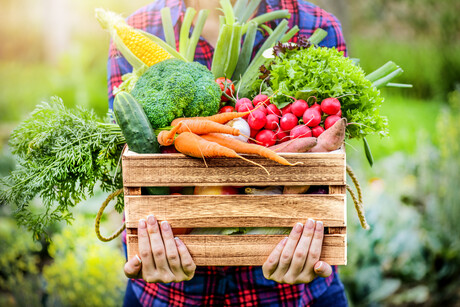 Women can reduce their chances of contracting certain diseases by eating brightly coloured fruits and vegetables, according to research published by University of Georgia scientists. Fresh produce that is high in pigmented carotenoids such as yams, kale, spinach, watermelon, bell peppers, tomatoes, oranges and carrots can be particularly important in preventing diseases like macular degeneration and some forms of dementia, according to the research.

“The idea is that men get a lot of the diseases that tend to kill you, but women get those diseases less often or later so they perseverate but with illnesses that are debilitating,” said Billy R Hammond, a professor in UGA’s Franklin College of Arts and Sciences department of psychology behavioural and brains sciences program and co-author of the study.

“For example, of all of the existing cases of macular degeneration and dementia in the world, two-thirds are women … these diseases that women suffer for years are the very ones most amenable to prevention through lifestyle.”

For the study, the researchers analysed other research to understand how degenerative conditions can occur in women at higher rates than in men, even when factors like differences in lifespan are considered.

“If you take all the autoimmune diseases collectively, women account for nearly 80%. So, because of this vulnerability, linked directly to biology, women need extra preventive care,” Hammond said.

Part of the reason behind this effect is that fat is distributed differently in women, serving as a sink for vitamin and minerals to be used during pregnancy — this results in less being available for bodily use in the retina and brain.

Pigmented carotenoids are antioxidants and two in particular, lutein and zeaxanthin, are found in the brain and eye and can improve central nervous system degeneration. On average, men and women eat the same amount of these carotenoids but women need to eat higher amounts.

While the healthy carotenoids are available in supplement form, eating vegetables and fruit rich in them is an easier option.

The study was published in Nutritional Neuroscience.