Australia’s ‘bush tucker’ industry needs a new business model that includes commercial cultivation in order to reach its potential, according to a South Australian academic.

Dr Jennifer Cleary, a researcher in the School of Commerce at the University of South Australia, says appropriate commercial cultivation would provide sufficient quantities for products such as bush tomatoes and Kakadu plums to become common, popular and readily available.

That in turn would allow wild supplies from Indigenous lands to be recognised and promoted as premium products, creating a more realistic and profitable business model for Aboriginal communities.

“People have been saying for 20 years that bush tucker is going to take off, but it hasn’t because we haven’t yet got the model right for everyone. Unfortunately, the industry to date has been built almost completely on the wild supply from remote locations, which has not been valued as highly as it could have been,” Dr Cleary said.

It also has not been as reliable as western business models demand, which motivated her recently completed PhD research studying the industry’s value chains from an Aboriginal perspective.

Her thesis was runner-up for the Best Doctoral Dissertation Award presented recently in Washington by the Regional Science Association International.

It highlighted how Aboriginal peoples and their relationships to the land and to each other sometimes made it difficult to meet supply contracts even if, from a western perspective, supplies seem to be available. 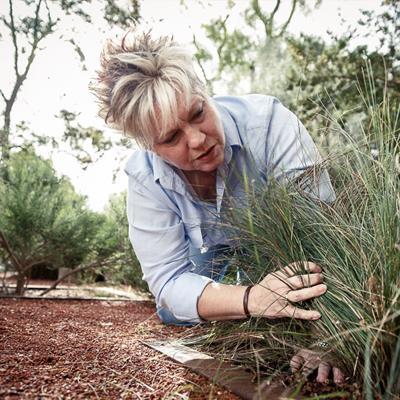 As such, western responses to deal with perceived problems, such as establishing cooperatives, also may be seen to fail, without anyone actually being at fault. Even supplementing wild stocks with additional plantings may not be effective if they cannot be harvested as required, because of cultural or community considerations.

This inability to guarantee supply not only makes it difficult to keep existing products and brands viable, it means bush tucker isn’t available in sufficient quantities to become an accepted and regular part of everyday eating.

“While there’s been a quite a lot of interest by people such as chefs, the vast majority of people don’t know bush tucker exists outside specific settings,” Dr Cleary said. “They don’t know you can buy bush tomato sauce in supermarkets.

Dr Cleary, who led a national project on bush foods within the then Desert Knowledge Cooperative Research Centre before joining UniSA, is currently advising on the commercialisation of a popular bush food harvested from Aboriginal lands in the Northern Territory.

She believes Aboriginal communities would accept cultivation of traditional bush food if it provided a clearly differentiated supply of products that would enhance the quality and reputation of genuine ‘bush tucker’.

“Ensuring supply for the industry is the only way it can grow and become more than just a niche,” she said.

Research from AEGIC has found that the white seed coat in Australian wheat varieties gives Aussie...

Waste matters in the City of Casey